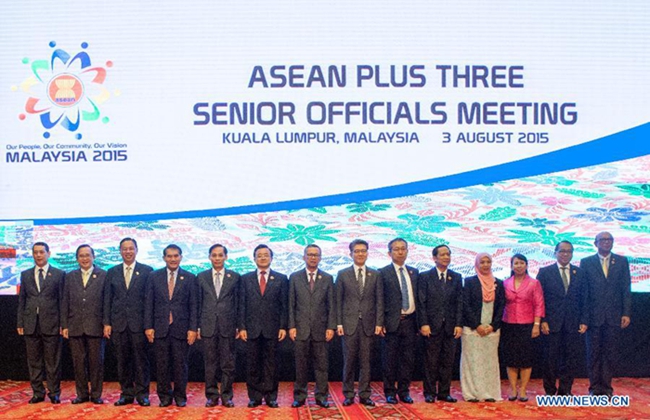 The foreign ministers began talks Tuesday in the capital of Kuala Lumpur. Representatives from the bloc's dialogue partners, including China and the US, will also be taking part in discussions. Chinese Foreign Minister Wang Yi is attending the meeting and will remain in Malaysia until Friday.

A total of 27 countries will be involved in the series of meetings. In his opening speech Tuesday morning, Malaysian Prime Minister Najib Razak spoke of the region's huge potential as a single community.

"An increasing integrated ASEAN is on course to be the fourth, the world's fourth largest economy by 2050. Some even estimated that we could be the fourth largest market after EU, US and China by 2030, only 15 years from now. We already have the third biggest workforce, only after India and China, and it is realistic for ASEAN to see itself as a third force in Asia," Najib said.