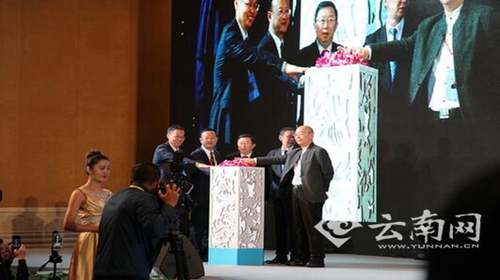 Themed “the Belt and Road Initiative, new Asian opportunities”, the two-day forum welcomed entrepreneurs, scholars and officials who explored new approaches and possibilities for win-win economic cooperation between China and the ASEAN.

Yunnan acting governor Ruan Chengfa said Yunnan will actively carry out China’s neighborhood diplomacy of amity, sincerity, mutual benefit and inclusiveness, while striving to serve as a pivot and new height of China’s opening up facing South and Southeast Asia. To this end, Yunnan will focus on regional trade and economy, technological innovation, financial service and people-to-people exchange.

And chief economist Zhang Laiwu with the same center suggested that industrialists increase their competitiveness based on scientific innovation and make good use of the Internet.

China-ASEAN business Council executive director Xu Ningning pointed out that economic growth brought about by cooperation is needed by both China and the ASEAN. And he suggested that the two sides cooperate in more detailed and realistic manners and bring into full play entrepreneurs’ vitality in regional economic cooperation. 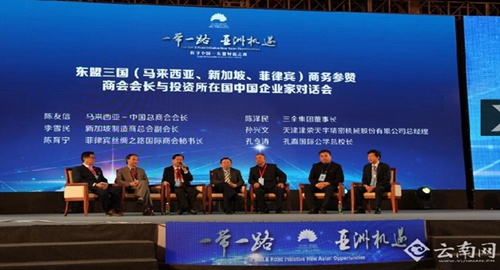 Sub-forums were set up to discuss the key cooperative fields in the region, including finance, tourism, logistics and think-tank.

The report to China-ASEAN production capacity cooperation, the indexes of connectivity between ASEAN and China (Yunnan), and the Xishuangbanna initiative will be released at the forum end.

This year marks the 25th anniversary of the China-ASEAN dialogue relations, and the past years witnessed increasingly frequent two-way trade and investment.

China is the top trade partner of the ASEAN, which in turn ranks third in Chinese trade partners. Bilateral investment has exceeded 160 billion US dollars.