A new record has been set in Tengchong County in southwestern China's Yunnan province, cooking up enough to feed 800 people from a single massive pot. The dish is called "Guozi," meaning "dish in earthen pot." 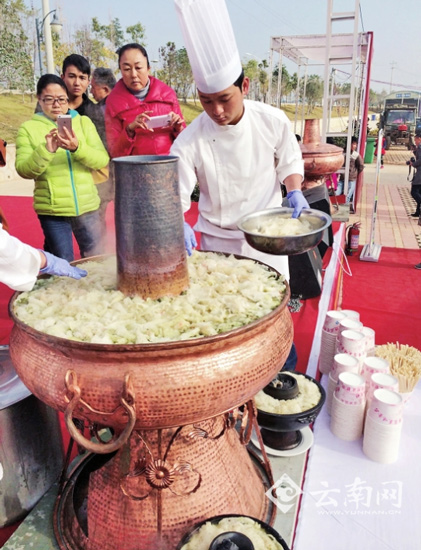 If you go to a local night snacks market, you are sure to come across a range of "Guozi" dishes. Sauced vegetables are first put in the bottom, followed by crispy meats and bamboo shoots. On the top layer are omelettes and chopped green onion.

And this is the largest Tengchong 'Guozi' in the world. The pot, more than a meter tall, was specially made, and the food alone weighs more than 225 kg. It took the chefs more than a week to prepare this huge dish. 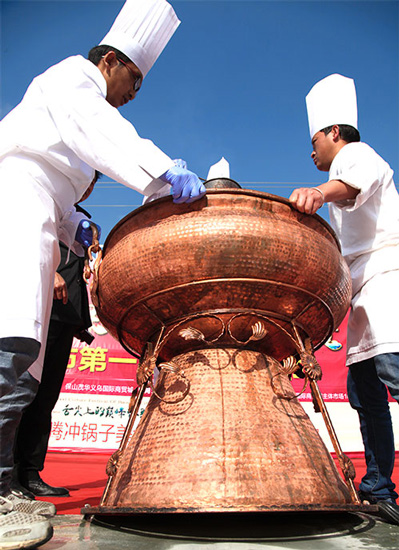 The pot, more than a meter tall, was specially made, and the food alone weighs more than 225 kg.

Only 800 tourists and locals were lucky enough to share the special treat. A certificate issued by Shanghai-based "China Records" was given to the chefs.