Musicians from China’s National Symphony Orchestra are embracing the cultures of Yunnan province. Having visited in person, they composed pieces based on the region’s music and performed them on site for the locals.

The concert in the Grand Theater opened with a piece called “Yi,” celebrating the Yi minority group and composed by Guan Xia, also the director of the troupe. The musicians have been inspired by living in the prefecture, with its large populations of the Yi and Hani groups, in recent months. The tunes embody a lot of musical elements from the region. Some are odes to the scenery and people, some depict the ethnic holidays. For their encore, the musicians performed the popular Chinese folk song, “Raise Your Red Veil.”

“I’m from the Hani minority group. They performed our music. It’s great,” said an audience member.

Honghe Prefecture is known for its Cross Bridge rice noodles, and a cigarette brand of the same name. But the orchestra’s initiative is raising its profile all the more.

“Our local music elements are here being presented in such a high-profile way. I feel very proud that our music can be learned by more and more people,” said local composer Li Yuanqing.

“I am very grateful to these musicians who turned their attention to our region. It’s great for us that our culture is being promoted by state-owned companies like the National Symphony Orchestra.” 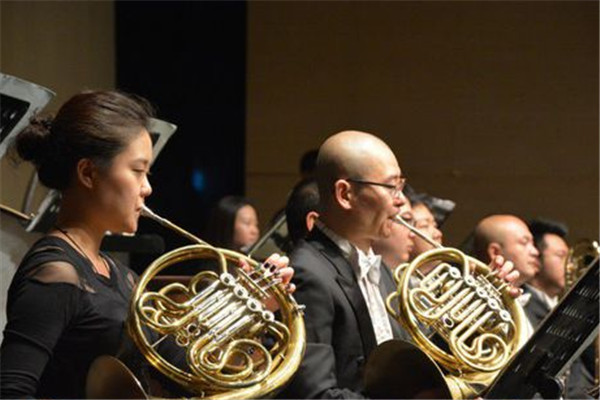 Conductor Shao En observes that the orchestra’s initiative is forming a deep heart connection with the community.

“Most of the works we performed are created using music elements from Hani or Yi people. We not only hear a merging of music, but also a merging of emotions between the artists and the locals,” said Shao En.

“We as artists were inspired by the experience we got from the region. Now, we’re going to perform these tunes in other places, let more people know the beauty of the music, of the region,” said pianist Huang Zinan.

The National Symphony Orchestra is expected to present the show to other parts of China and the rest of the world.