Ma Liangwu from China’s Yunnan is the first Asian flying man in World Marathon Majors, and due to his wonderful performance other runners nicknamed him Yunnan Genius, according to the Japanese newspaper Oriental Weekly. However, Ma himself is very humble, saying that he is just an ordinary man instead of a genius.

Ma has attended the Tokyo marathon three times. In 2011, he participated in the race for the first time, and he became the fastest Chinese runner at the event. In 2016, Ma finished the World Marathon Majors in all six cities worldwide. 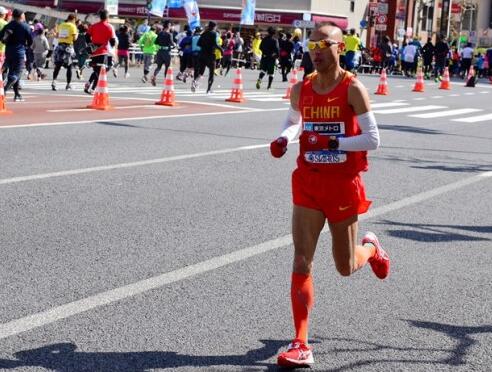 This year’s participation, however, aims to meet his promise that he would come back to Tokyo to run together and share with them his running experience. Ma promised to the Chinese Marathon Club in Tokyo at the end of last year’s race. 363 days later, Ma came to Tokyo for the third time without hesitation.

On February 26, Ma, in his late 40s, completed the full marathon, and according to the official website of Tokyo marathon he ranked the 301st in 2:38:10. Among more than 1,000 Chinese runners in the race, he is the champion.

Returning to his hometown of Chuxiong Yi Autonomous Prefecture,Yunnan Province, Ma was interviewed by the reporter.

Reporter: Congratulations on your championship among the Chinese runners at the 2017 Tokyo marathon! First, are you satisfied with your performance there?

Ma: Yes, I am quite satisfied. Anyway, I am nearly 50 and till now I've topped all Chinese mainland runners.