“Sweet,”all of us marveled after taking a sip of the sour tea during our visit to Santaishan De’ang Ethnic Township in west Yunnan’s Mang City a few days ago. In these bright and beautiful spring days, local people are drying this year’s first batch of sour tea in the warm sunshine. Traveling in the Santaishan, we feel that the air is full of the sweet fragrance of sour tea.

Santaishan is the only De’ang ethnic township across China. Now there are 4,390 De’ang people living in the township, accounting for 61% of the local total population and 22% of the De’ang population in the whole country. In the Santaishan, there are many De’ang traditional villages, and Chudonggua is one of them. Lying in the core protection area of De’ang tradition and culture, Chudonggua is built on a mountain slope, with De’ang-style houses scattered here and there. 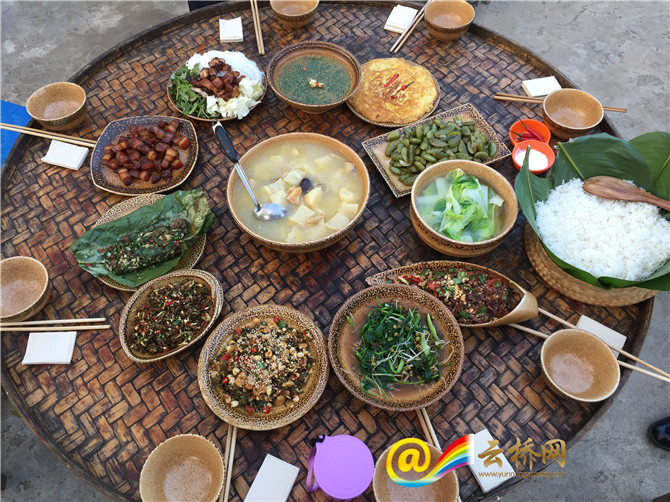 “Our life has undergone earthshaking changes,” said Zhao Latui, director of the village affairs supervision committee of Chudonggua. Born in the 1980s, Zhao recalled that during his childhood, his family was often short of food and clothes, their houses were old and shabby, and the village infrastructure was poor. “I had no shoes, I walked barefooted to school. But now everything is getting better,” said Zhao.

As more and more tourists are attracted to visit the village for its well-protected De’ang culture, Zhao Latui renovated his bamboo house into a restaurant in 2009, while preserving its original style. By running the restaurant, Zhao’s annual gross income reaches 100,000 yuan. 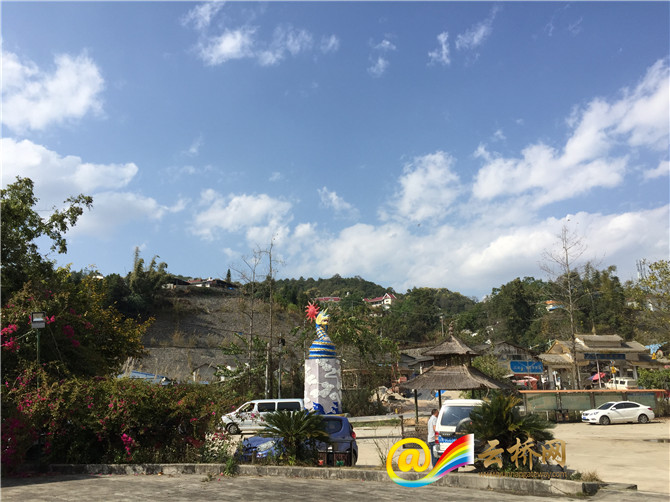 In the courtyard of Zhao’s house, several broad bamboo-weaved sheets were placed side by side, on which sour tea was exposed to the sunshine. As a senior De’ang technician in making sour tea, Zhao keeps making the tea every year. “Sour tea is a special beverage of De’ang people, and it is our mission to pass on the making skills,” he said. As the tea is getting more popular among people in other parts of the country, Zhao Latui is confident in booming the local tea industry.

For Zhao and his fellow villagers, the biggest concern is to well protect the traditional culture of De’ang people in Chudonggua. And developing rural cultural tourism is a better way to arouse their enthusiasm. In 2018, Zhao opened a De’ang-style home stay inn, in which traditional customs are well blended with modern elements. Influenced by Zhao, other five families have opened home stay inns. 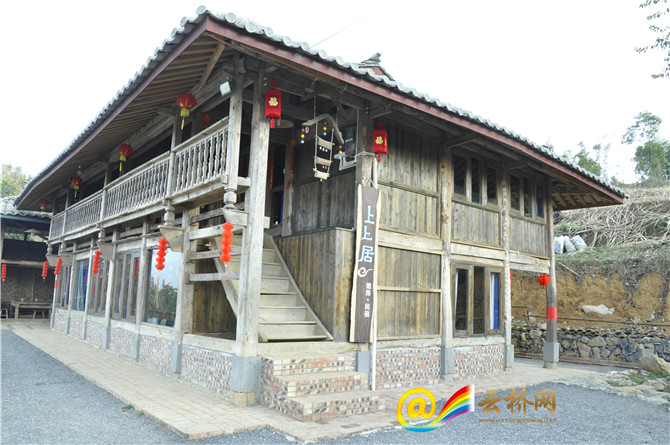 Accordingly, to better protect De’ang tradition and culture, Santaishan Township has set up a De’ang ethnic museum which now has collected and displayed more than 200 cultural relics recording the history of De’ang people’s pursuit of happiness through hard work.