Come to have a home stay in Yunnan

There is no doubt that people of different places tend to design and build houses in accordance with their unique natural and geographical settings.

Yunnan, marked by its widespread mountainous areas, subtropical and tropical climates as well as multi-ethnicity, remains some of the most distinctive folk residences across China.

Dubbed the Seal, Yinzi house is a common architectural form among the Han and Yi communities of Kunming.

With a small squared courtyard seating in the center, the entire residence looks like an imperial Chinese jade seal from the outside.

In fact, the Seal is a traditional house type of northern China. Residents of Kunming cleverly take the form and make it adapt to the local geographical nature.

The Bamboo House of Xishuangbanna

Thanks to the lush bamboo forests surrounded, bamboo-made houses can be found everywhere in southern Yunnan’s Xishuangbanna, the home of the Dai and Jingpo minorities. 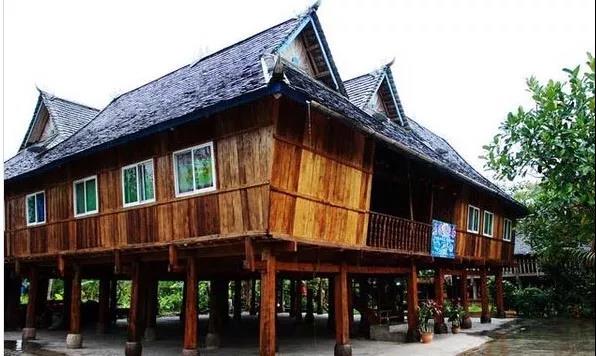 Known as Yunnan’s tropical paradise, Xishuangbanna keeps with a sweltering and humid climate all year around. Such two-storey bamboo houses thus are particularly helpful to avoid the nuisance of dampness and separate people from their livestock in the meantime.

Apart from the commodious and airy space inside, bamboo houses are also featured by their steep slope roofs which can be identified from hundreds of meters away.

The Muleng House of Lisu and Mosuo

Muleng houses refer to homes of the Mosuo and Lisu groups who dwell among the Nujiang or Lijiang regions in northwest Yunnan.

Normally erected alongside rivers and lakes, these cabins are built up purely by pristine round logs without any nails in between to connect one section with another.

The wooden materials have contributed to keeping Muleng house a cozily warm place in winter days and a cooling one during the summer. In addition, because of some wedge shaped parts being employed, the houses could play a vital role in mitigating the effects of earthquake.

The Tuzhang House of Yi

Characterized by their terraced layout and interconnectivity, Tuzhang houses are a symbol of the Yi minority of Yunnan.

A typical Tuzhang house is founded by stones. Once the mud brick wall is completed, planks or bamboos slats are soon laid down on crossbeams to build a deck. And then another layer of mud has to be paved in order to solidify this newly-made surface. Such roof is often used as a field to dehydrate food ingredients. 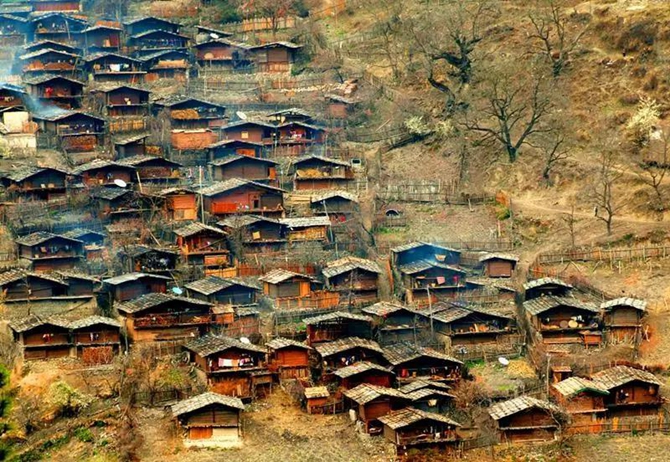 No matter what forms they take, folk residences should be deemed an outcome of the long term mutual adaptation between mankind and the nature. To some extent, it is these highly diverse architectural works that have shaped and reshaped the multi-ethnic culture of Yunnan.

By Li Xiaofen and Wang Jingzhong