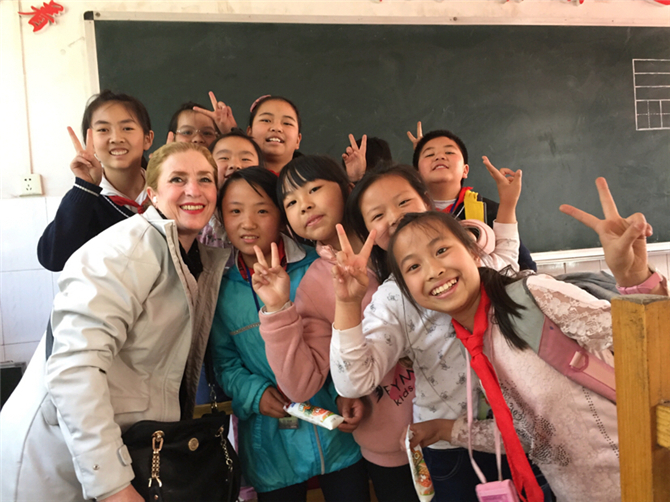 When Rouhieh steps into classroom, she is always surrounded by her students and becomes the focus. Every time when she appears in the school where she works as a volunteer teacher, students hails her as a movie star. 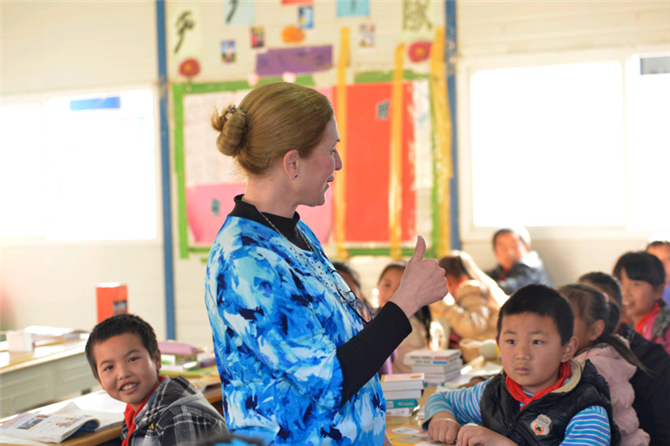 Rouhieh from Canada is now a teacher in Yunnan University of Finance and Economy(YUFE) in Kunming, the capital of Yunnan province. To teach more students English, the Canadian teacher has offered free courses in 24 primary schools in her spare time. In 2009, she received the Yunnan Friendship Award which was given by the provincial government for her contribution to the development of local education. 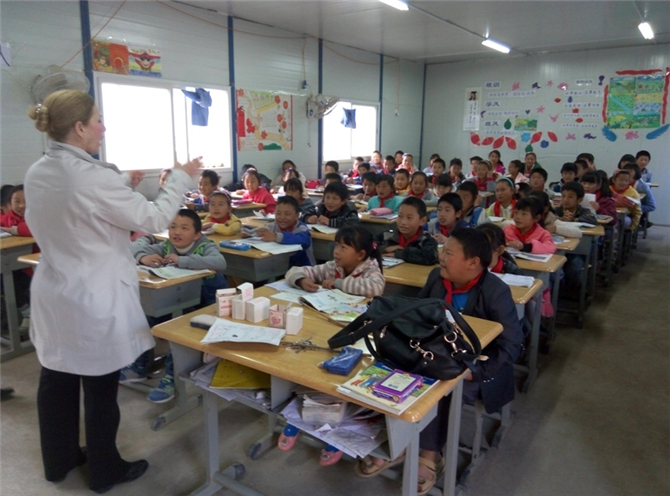 “Before coming to China, I was a doctor and my idol is Henry Norman Bethune. Now my job is an educator,” said Rouhieh.

Rouhieh has been to Zhuhai, Macau, Shenzhen, Fuzhou, Chongqing, Dalian and finally chose to live in Kunming. In 2005, she was recruited as an English teacher in the YUFE. “Kunming made me feel like at home,” she said. 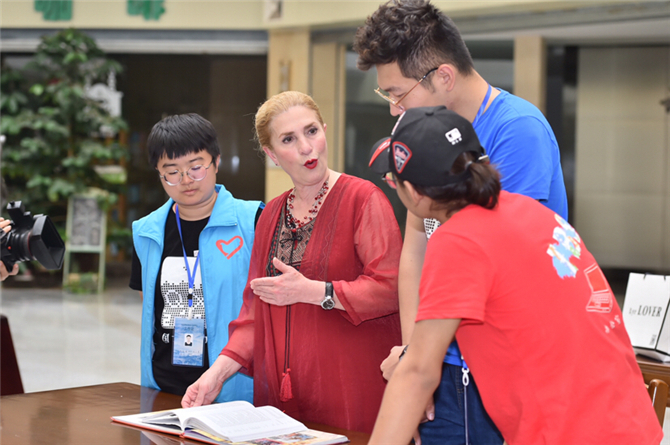 In order to offer free English courses to more students, Rouhieh learned how to ride electric bike in Kunming. At the beginning, she was just like a saleswoman, knocking at doors of many schools to introduce her her lessons. Since 2015, she has given free English lessons in 24 primary schools. (Yunnan Daily) 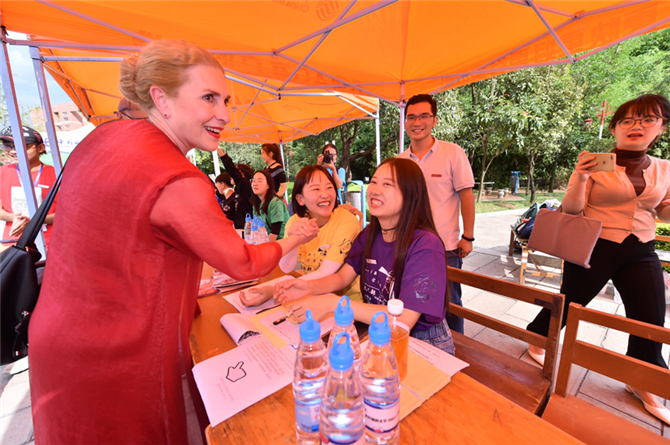 Read More: Henry Norman Bethune is an internationalist soldier, member of the Canadian Communist Party and a well-known thoracic surgeon. In 1938 he arrived in China with medical supplies and worked with the Eighth Route Army under the leadership of Mao Zedong and the Communist Party of China. He set up a mobile hospital and operated on soldiers close to the battlefield. His work helped save the lives of thousands in Chinese People’s War of Resistance against Japanese Aggression. In late 1939, aged 49, he died of blood poisoning after pricking his finger with a needle during surgery. In December 1939, Mao Zedong wrote an article "In Memory of Norman Bethune," as a tribute to the doctor, and calling on the Chinese people to learn from his example. (From PLA Daily)