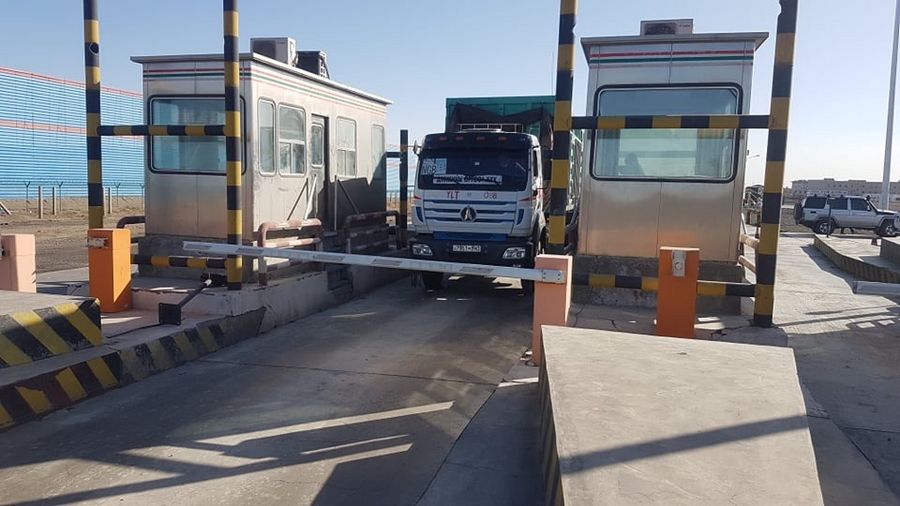 A container truck loaded with coal crosses the Shiveekhuren border point in Mongolia, March 30, 2020. Mongolia has gradually resumed coal exports to China by reopening its border with the neighbour, which has made visible progress in containing COVID-19. (Xinhua)

The demand was made at a meeting of the leading group of China's COVID-19 epidemic response, which was chaired by Premier Li Keqiang, also a member of the Standing Committee of the Political Bureau of the Communist Party of China (CPC) Central Committee.

Noting the rapid spread of the pandemic overseas, the meeting urged authorities of border provinces and regions to improve their prevention and control plans in light of the local situation.

The meeting also called for cutting unnecessary cross-border travel and stressed cooperation with neighboring countries in epidemic prevention.
The meeting underscored the need to step up the management of asymptomatic infections and release daily and timely information.

Epidemiological surveys on asymptomatic infections should be conducted in places including Hubei Province and its capital city of Wuhan, and the reports should be made public to provide more scientific support for epidemic control, said the meeting.

The meeting also called for coordinated efforts for epidemic control and economic and social development.

Whilst implementing safety measures, the full restoration of work and living order should be promoted in low-risk areas, according to the meeting.

Wang Huning, a member of the Standing Committee of the Political Bureau of the CPC Central Committee and deputy head of the leading group, attended the meeting.