Dubbed a realm of animals, Yunnan features diversity of bird species, and its improved eco-environment has invited in an increasing number of birds.

At first, they are easily disturbed by passers-by, but now they have become quite accustomed to the urban environment, getting increasingly close to citizens for food. Locals are often seen capturing the storks’ movements with their cell phones.

The Qinghuahai wetland park in southwest Yunnan’s Baoshan city aims to be a "paradise for birds". In recent years, the city has stepped up effort in eco-protection, with an investment of 3.6 billion yuan planned for the park.

Since 2016, the number of bird species has increased from 172 to 216 in Qinghuahai park, with the number of plants adding up to 992. Baoshan is now home to more birds and bird lovers.

Bird-watching taken as lifestyle in Yingjiang 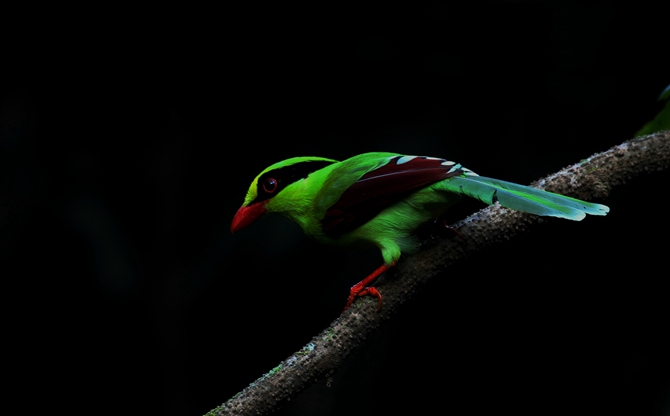 "Bird-watching has formed a trendy lifestyle in Yingjiang in the past few years, and we tried to take good care of the development with plans and standards,” said Ban Dingying, head of local bird-watching association.

Bordering Myanmar, the Yingjiang county lies in west Yunnan. At the Tongbiguan nature reserve, bird-watching sites are her and there, and local villagers have been trained to be guides in searching rare birds in the woods.

As of now, 12 bird training sessions have been offered to 60 plus, 23 of whom have become qualifies bird-watching guides.

2 years ago, sunflowers and Galsang flowers in Kunming’s Fumin fruit garden invited in redpolls and rufescent prinias, which are rarely seen. And bird-watching at the garden impressed local photographers.

"The Fumin garden is near a highway, readily accessible for bird lovers,” said Mr. Yang Xuefei. “If more flowers can be planted in the garden, more birds will choose it as a habitat.”