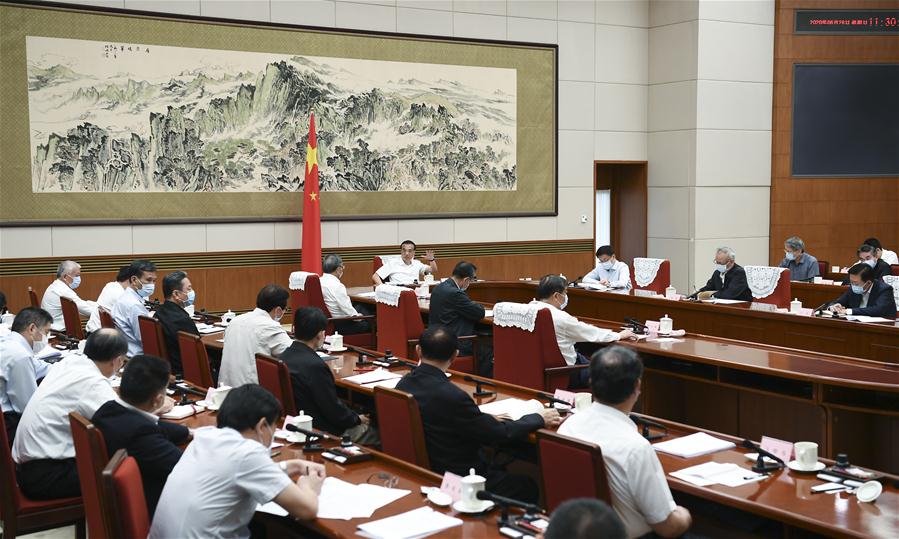 Li, also a member of the Standing Committee of the Political Bureau of the Communist Party of China Central Committee, said that stabilizing the overall performance of foreign trade and investment is of great importance to stabilizing economy and employment, at a symposium of government officials and enterprise executives.

Li said the country's foreign trade environment will remain grave and complex as the COVID-19 pandemic continues to spread worldwide and plunges the global economy into recession, while the Chinese economy is deeply integrated into the world economy.

The premier stressed efforts to ensure stability on the six fronts and security in the six areas, while promoting higher-level opening-up.

At the symposium, Li called for improving the implementation of export-tax rebates, guiding financial institutions to strengthen funding support to ease the liquidity difficulties of foreign trade enterprises, tapping the potential of customs clearance facilitation reform and optimizing services for enterprises.

The premier called for efforts to strengthen communication and coordination with relevant countries, unblock international freight transport channels, and open up more "fast tracks" to provide convenience for business personnel.

Li encouraged foreign trade companies to speed up transformation and upgrading and improve the quality and added-value of export products, while accelerating the development of cross-border e-commerce, online trading and other new models.

International cooperation in multiple areas and levels should be strengthened and the opening-up of the service sector, especially the high-end service industry, should be further expanded to establish a market-oriented, law-based and internationalized business environment, he said.