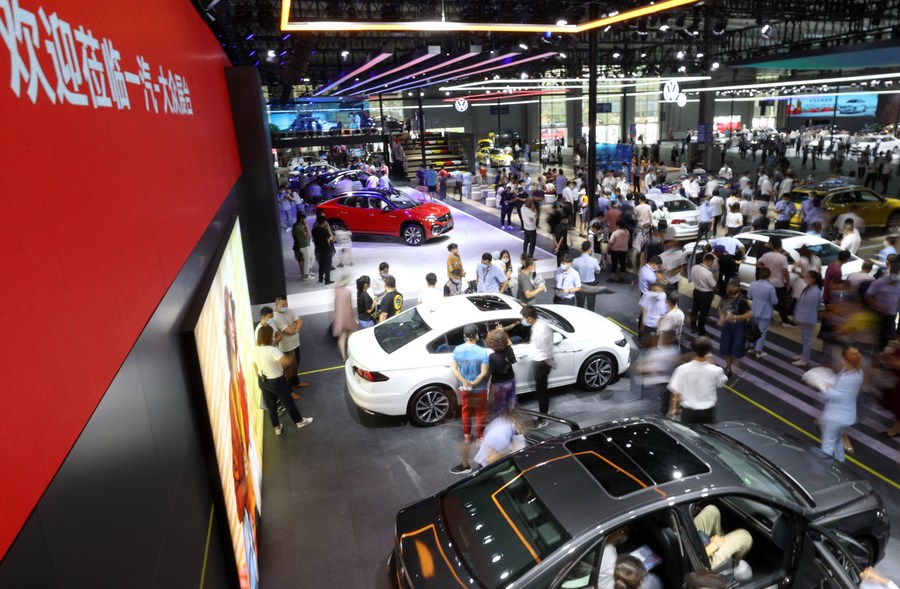 The market is expecting a better performance in the traditional peak months of September and October periods, according to the country's leading automotive industry association.

The latest statistics from the China Association of Automobile Manufacturers, released on Thursday, show that August sales reached 2.19 million units, up 11.6 percent year-on-year and 3.5 percent month-on-month.

Of those sales, 1.76 million were passenger vehicles, up 6 percent from the same month last year.

Auto demand was suffering even before China shut down its factories and dealerships in February to fight the coronavirus.

More new models will hit the market at upcoming Beijing auto show, and travel demands will increase during Mid-Autumn Festival and National Day holiday in early October. The traditional "golden September and silver October", which refers to the period of best market performance each year, will also see strong sales growth, the association estimated.

Electric startups, from homegrown Nio and Xpeng to Tesla from the United States, are expanding manufacturing capacities in China, which play an important part in the market.

Xu Haidong, the vice-chief engineer of CAAM, said that Chinese customers are gradually accepting the products of electric startups and the products have promising signs of development in the near future.

Xpeng's listing last month marked the latest Chinese electric startup's effort to raise capital in the US, following Li Auto in July and Nio in September 2018, which will help them get a better foothold in fierce competitions in the Chinese market.

Xu said that the brands have made efforts to improve the appearance of their vehicles, as well as the quality and intelligent features to meet customer demand.

Seeing year-on-year growth for five consecutive months, the carmaker achieved sales of more than 1 million for the year to date. Great Wall Motors sold 89,442 cars last month with an increase of 27 percent year-on-year.

CAAM also noted that the sales of commercial vehicles was driven by government investment in infrastructure and as buyers upgraded to comply with stricter emissions rules. Sales of trucks and other commercial vehicles, which constitute around a quarter of the market, surged 41.6 percent to 431,000 units in August.