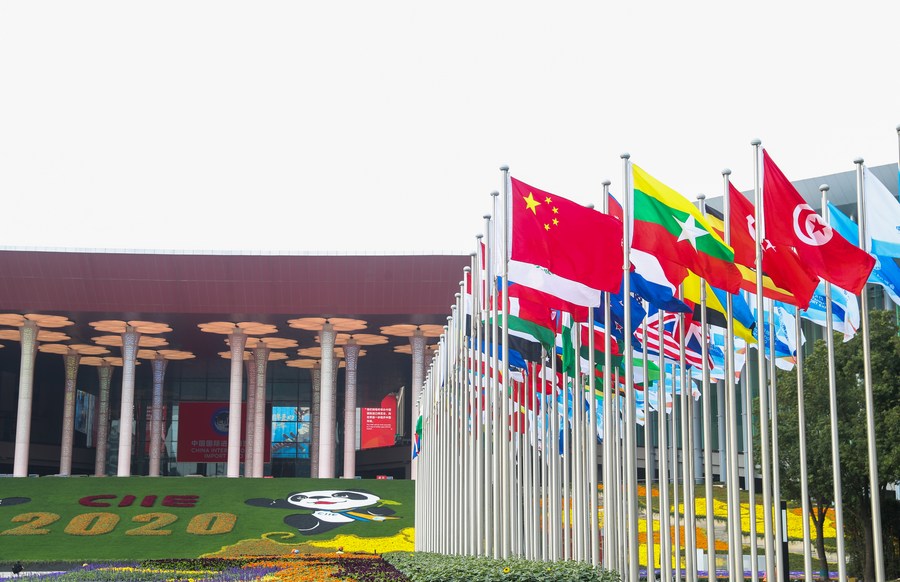 The Chinese leadership has on various occasions called for endeavors to promote science and technology, taking innovation as the primary driving force of development so as to make China a "major world center for science and innovation."

Indeed, over the past few years, the country has stepped up the effort to address any weaknesses in its scientific and technological development.

Continuity matters in China. Among many initiatives, the China International Import Expo (CIIE) is an international event that has facilitated, since 2018, trade and investment connectivity with the rest of the world.

This is principally interested in increasing imports from other countries and attracting investments with emphasis on the theme of innovation. This year, the 3rd CIIE, being held in the wake of the COVID-19 pandemic, has been improving on existing opportunities, as demand from the massive domestic market in China – the most promising in the world – continues to unleash endless potential for innovation.

The process of transformation is gradual, but is intensifying. According to World Intellectual Property Organization (WIPO) data, China's share of global Research and Development (R&D) investment rose from 10% in 1996 to 31% in 2017.

In 2019, its total expenditure on R&D amounted to approximately $321.3 billion, up 12.5% from 2018. In April 2020, WIPO announced China ended the U.S. reign as the top source of international patent applications filed with it.

In particular, China registered 58,990 applications via the Organization's patent cooperation treaty system, compared to 57,840 from the U.S. Chinese universities such as Tsinghua are topping the list as applicants in the relevant WIPO system.

Quantity matters, but China's objective is to make a bigger difference in quality as well. The creation of a flourishing semiconductor industry is one of the priorities of the Chinese government. In August, it rolled out a set of policies, mainly comprising of tax breaks, to encourage the growth of software sectors.

Against this backdrop, the city of Chongqing announced in September that it planned to establish a fund worth over $7 billion to help develop a semiconductor industry base.

This year's CIIE saw several leading semiconductor companies present their products and look for collaboration opportunities. Examples include Qualcomm and ASML. The Shanghai exhibition outlined additional potential areas of cooperation in other sectors – again with emphasis on innovation. A staff member shows Watergen's unique patented technology with the ability to turn humidity in the air into a source of high quality drinking water at Watergen Headquarters in Petah Tickva, Israel, Nov. 1, 2020. [Photo/Xinhua]

General Electric, for instance, displayed for the first time some of its most powerful gas turbines. And Israeli company Watergen showcased its patent that turns humidity in the air into a source of high-quality drinking water.

Needless to say, the fight against the pandemic magnetized the interest of many international enterprises in specifically designated areas of the CIIE 2020. AstraZeneca, which is developing a vaccine against COVID-19 along with the University of Oxford, and is running a booth at the exhibition, is expected to start early and mid-stage clinical trials in China within this year.

For their part, VeChain and DNV GL used blockchain technology and practically applied a tool in the Shanghai Intercontinental hotel to better manage infection risks for attendees of the event.

The 2020 CIIE took place under unprecedented circumstances. The ongoing pandemic did not allow the physical participation typical of normal times, but revealed the real potential for synergies in a world which is changing and is continuously acquiring digital characteristics. This world is not turning its back on globalization, but challenges its previous quantitative features while looking for suitable adjustments.

The organization of the exhibition itself and its pledges outline that China is well-positioned for the day after. China is not changing its thinking. It's opening-up process remains a clear objective.

On the contrary, the country is building resilience and is expanding its innovative production and outreach. This is how it will take an important part of the global industrial and supply chains not only through manufacturing but also via technological advancement and science progress. （By George N. Tzogopoulos）

George N. Tzogopoulos is a columnist with China.org.cn. Opinion articles reflect the views of their authors, not necessarily those of China.org.cn or yunnangateway.