Along with China’s opening up, the Chinese-specific festivals, such as the November 11 shopping day and the Spring Festival, have become increasingly international.

The United Nations recently issued the Rat stamps on the occasion of the forthcoming Chinese lunar new year.

And festivities are held annually in Dubai for Chinese nationals working there. Cartoons on Chinese calligraphy are displayed on screens at Dubai's Burj Al Arab hotel.

In Germany and the United States, locals join Chinese expats for the dragon and lion dance. 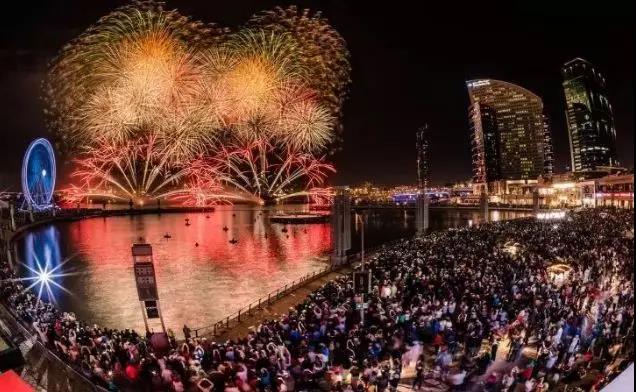 Many international visitors even choose to stay in China for the authentic festivities during the Spring Festival. And they also made a difference in their festivities.

Putting up couplets on the door/window frames is essential in China during the Spring Festival, and here comes two couplets by international visitors. 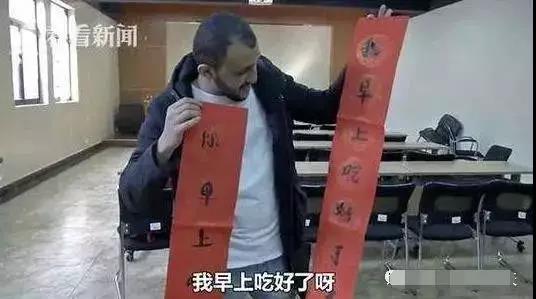 All the best (the head phrase)

The first/left line: I had sound breakfast!
The 2nd/right line: You had good breakfast?

The work above is well-formed, but it sort of lacks poetic beauty. And here is another one in English: 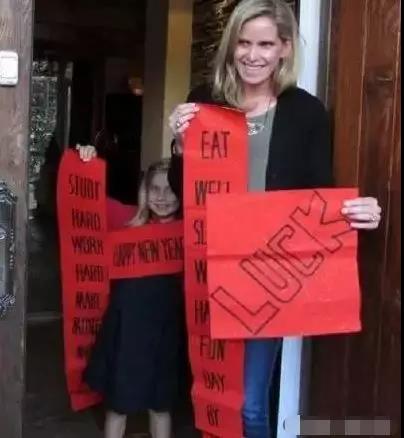 In the west, “Merry Christmas” or “Happy new year” seems to be the most favored greetings.

For Chinese folks, they have more ways to greet each other during the Chinese New Year. But most greetings are quite beyond the newcomers. 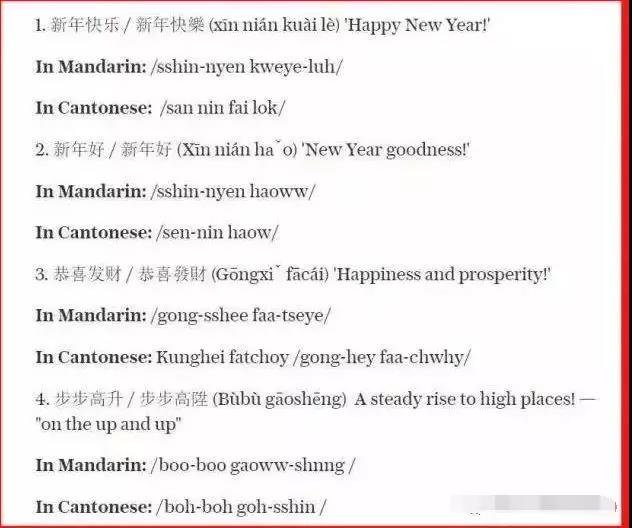 Some int’l visitors even wrote down the Chinese greetings, which are coupled with Pinyin and English notes. They tried their best.

At first, some newcomers do not understand the shopping spree by Chinese folks before Spring Festival.

They never thought of the fact that all the businesses are closed during the festival. Then, they tried hard to have something to eat.

And they end up eating junk food all day.

Still, many int’l visitors choose to taste dumplings with Chinese.

The dinner party of the Chinese new year's eve is the highlight. And it is a grand occasion for the international foodies.

Setting off firecrackers or fireworks makes another tradition for the Chinese new year.

It is a merry-making activity for locals. But it can also terrify some international guests in China.

For those who need a good sleep, the crackling overnight is really terrible. "It’s like a warring time, with the air filled with gunpowder!" they may say.

Fighting is going on...

At first, all of them are destined to be scared at the firecrackers. But soon, braver int’l friends can also make fun out of crackers.

Sending red packets during Spring Festival is a new but popular custom.

Now, the expats in China also learnt to send red packets on WeChat, while receiving pocket money from their friends. The red packets economy is worth our study.

Anyway, we welcome the expats and int’l visitors to China. Wish you a happy Chinese new year and good health!