Falling on the fifth day of the fifth lunar month (June 25 this year), the Dragon Boat Festival is one of the four traditional festivals in China, the other three being the Spring Festival, the Qingming Festival and the Mid-Autumn Festival.

According to legend, the Dragon Boat Festival dates back to 221 BC in China. In May 2006, the festival was listed among the first intangible Chinese cultural heritage by the State Council. In September, 2009, the UNESCO put the festival into the list of representative cultural heritages of humanity, making it the first Chinese festival to enjoy such an honor. Chinese folks hold varied activities to celebrate the Dragon Boat Festival: 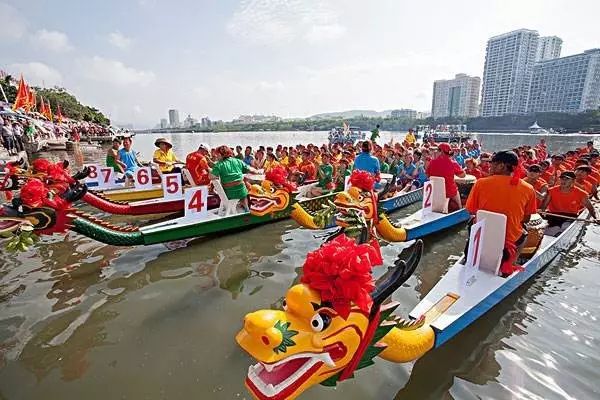 A typical food for the festival, Zongzi is a traditional Chinese rice dish made of glutinous rice stuffed with different fillings. It can be salty or sweet, and flavors differ in China geographically. The Dragon-Boat Festival is also an occasion for clean-up. On this day, people clean the court yard, putting calamus and wormwood leaves on their doors or windows to drive away insects, flies, fleas, and moths. Drinking realgar wine can remove rot, kill germs and ward off diseases.

With the Dragon-Boat Festival aroung the corner, we wishes you all the best!