The Everlasting China-South Asia Expo, or online expo, was launched in Kunming, Yunnan province on December 12.

Yunnan acting governor Wang Yubo sent greeting to all guests either present at the venue or joining the event online, on behalf of the CPC Yunnan Provincial Committee, Yunnan Government and all the ethnic folks in the province.

At round 11:00 am, Yunnan Party chief Ruan Chengfa, acting governor Wang Yubo and other dignitaries jointly pressed the button, unveiling the online expo.

In-Kunming consuls general of Laos, Cambodia, Malaysia, Myanmar, Vietnam, Thailand and Bangladesh were physically present at the opening. The opening was followed by a series of online activities.

The business consul in Kunming detailed on the authentic Vietnamese honey and embroideries, mentioning the origin and making-steps of the products.

Another Vietnamese consul in Kunming said: “The online expo allows companies to seek business opportunities for cooperation, which is meaningful.”

The online expo is highlighted by the themed activity “Go Yunnan with Yu Rongguang.”

“Once you come to Yunnan, you won’t leave the place. The distinct geography and climate give rise to rich bio-diversity in the province, and you can see this from the high-quality Yunnan products here,” said Yu, a famed Chinese actor. 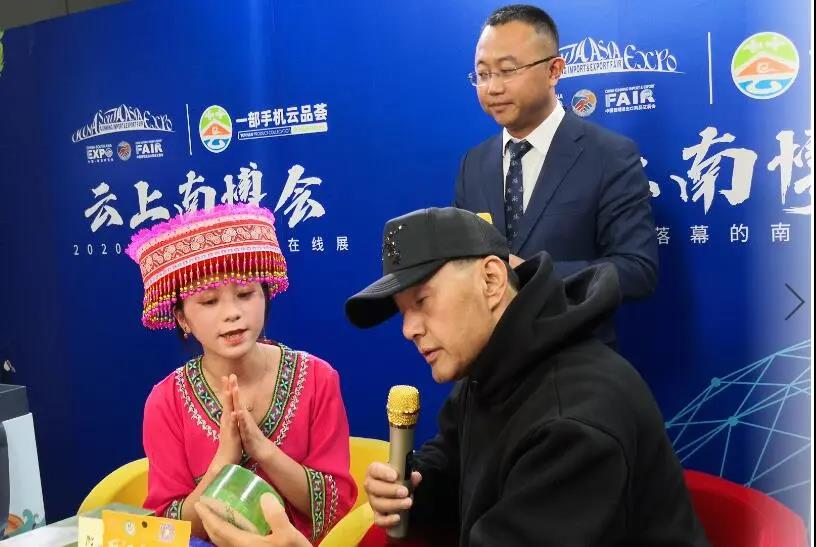 As ambassador of The Everlasting China-South Asia Expo, Yu had a one-hour living streaming on Yunnan goods, with his shopping and experiencing activities reaching audience worldwide.

“Via the online expo, I hope Yunnan will be better known to those in South Asia, Southeast Asia and beyond, thus producing more exchanges and cooperative opportunities.” Yu said.

On the first day of the online expo, reporters from Japan, South Korea, Malaysia, and Vietnam praised Yunnan for its digitalization effort.

South Korean reporter An Chengyong: “We have TV shopping, but its coverage and influence is far behind live-streaming sales. How fast digital economy grows in Yunnan.”

Another Korean reporter with Aju Business Daily said at the opening he saw a Yunnan full of technologies.

Vietnamese reporter Do Vi Sa: “Vietnam can learn from China in e-commerce growth.” Do Vi Sa works at Nhân Dân.