West ahead of peers in momentum 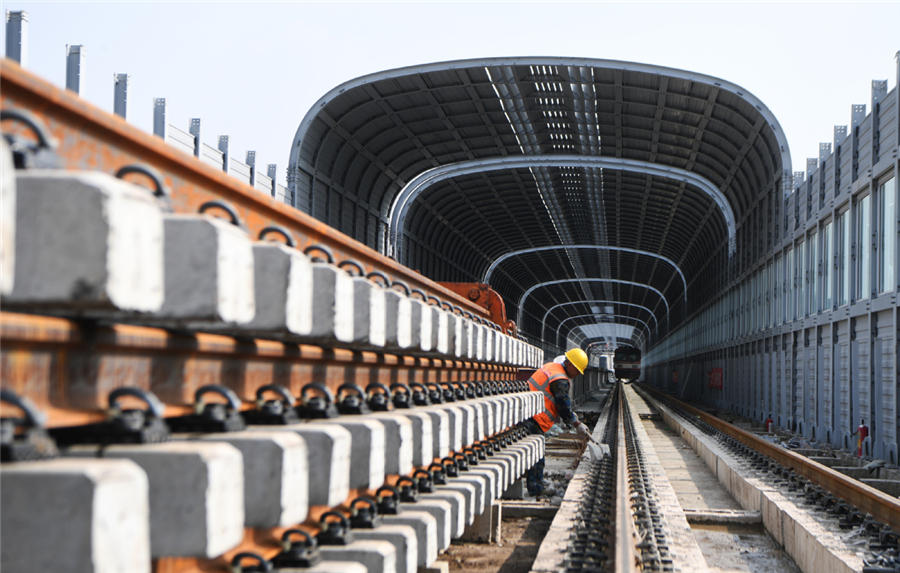 An employee performs maintenance work on a railway line in Chongqing. It is expected to be put into full operation by the end of this year. [Photo/Xinhua]

As efforts to contain the spread of COVID-19 are paying off, the overwhelming majority of western China achieved positive economic growth in the first half, the latest economic data showed.

Analyzing the data, the 21st Century Economic Research Institute concluded that the impact of the COVID-19 epidemic on the economic development of western China gradually eased.

In the first half, Sichuan led in western China with a GDP of 2.21 trillion yuan ($316 billion). The GDP of Shaanxi, Chongqing, Yunnan and Guangxi all exceeded 1 trillion yuan.

But the tourism industry in western China was greatly affected, Li said.

Chongqing's total imports and exports of goods amounted to 275.9 billion yuan in the first half, up 3.5 percent over the same period last year. Electronic information products were key to promoting export growth of the municipality.

In the first half, Chongqing's exports of electronic information products reached 126.1 billion yuan, up 5.2 percent year-on-year and accounting for 74.2 percent of its total exports.

At the same time, imports and exports of Xinjiang and Gansu decreased by 11.5 percent and 9.6 percent, respectively, over the same period of last year.

As the havoc of COVID-19 waned, industrial recovery in western China where exports account for a relatively low proportion of local economies became the driving force behind its economic development in the first half.

In Ningxia, the growth rate of value-added output of local industries above a designated size increased by 3.4 percent over the same period last year, raising its economic growth rate by one percentage point, Li said.