“Great egrets come to us again!” For Mr. Li, a villager who lives near the Pu'er Sun River National Forest Park, March this year is a month of delight. The return of the great egret and other birds reminded him of the sweet childhood, when he and the play mates were having fun at the Jiaogua Pond wetland in the park.

“Back then, we often ran to and fro in the wet area, with naked arms and bare feet. The waters were really cool and lucid, with fish slipping near our legs. A towering tree stood in the wetland middle, and birds with long feathers were resting in it. Also, some unknown migrant birds came here from the north for wintering.” Memories of old days remain fresh on Li’s mind.

Li recalled that with expansion of the village later, locals turned the wetland into a paddy field. As a result of habitat damage, birds were out of sight. “The area is so named because farmer grew plenty of Jaioguo, or zucchini there. 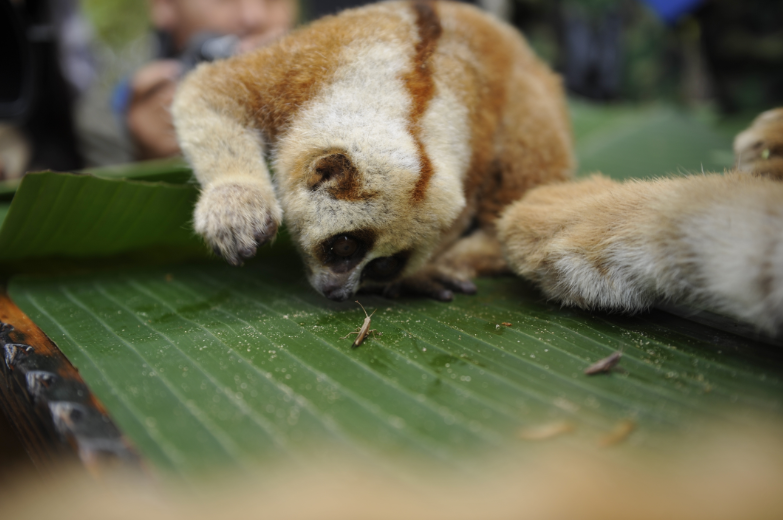 Changes did not happen until the area was included into the Sun River Forest Park. Referring to the national standards, the park management implemented the repairing plan for the Jaioguo Pond wetland. And the area was finally brought back to life.

Now the wetland ecology has been fully restored, becoming a permanent habitat for waterfowls once more. Typical habitants here are the oriental stork, the grey crane, the white-naped crane and others.

Beside the rare birds, the Pu’er Sun River Forest Park is also home to more than 800 wild animals, such as the cute lesser panda, the smart gibbon and the strong rhino. Of these, 57 animals are under state protection in China, drawing in visitors home and abroad.

In May 2020, the Pu’er park had a live streaming on international biodiversity via Kuaishou, a popular video sharing app in China. In the live broadcast, the guides presented the park’s natural beauty to the online viewers, while popularizing knowledge on animals and plants. The one-hour streaming was viewed by 650,000.