The China-Laos Film Festival 2021 was held earlier this year in Laos, as a sideline event to mark the 60-year bilateral friendship, and some movie professionals in the two countries shared their stories on serving the public.

Sisavad Hongsombad has been working as a rural projectionist in Laos for 15 years, leaving his foot prints in 17 provinces and 150 villages.

Since 2017 when the China-Laos Film Festival was initiated, Sisavad has also played some Chinese movies with Laotian subtitles, allowing more Lao villagers to access Chinese culture.

“China Film Group Corporation presented us two advanced projectors in 2018, cutting the labor and time for preparatory work by half,” said Sisavad. 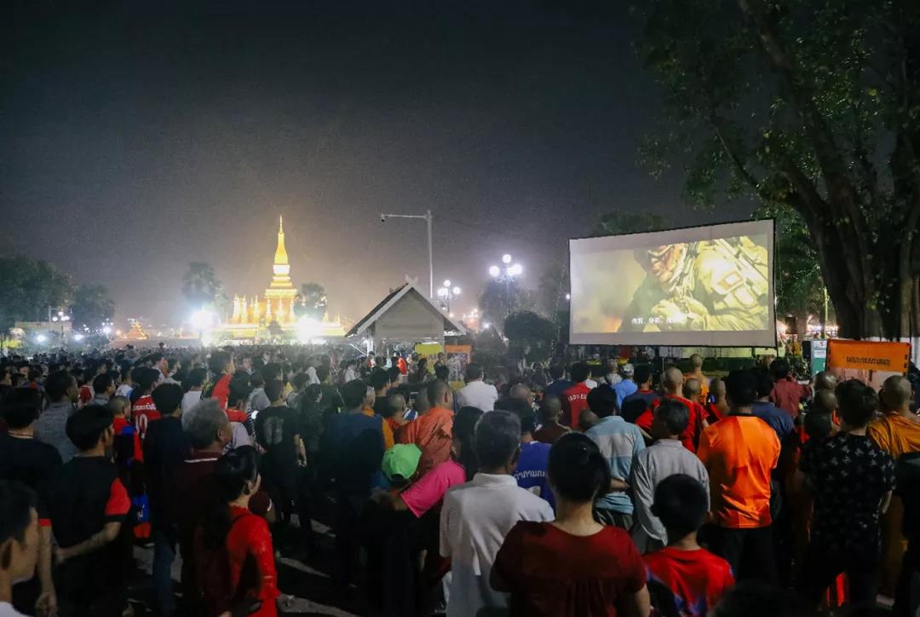 Sariang Siangvong is a senior voice actor in Laos, and he has dubbed for 13 Chinese films over the past four years.

“I think a voice actor should be aware of three things: 1) be familiar with the role(s) you play, including the words, context and facial expressions; 2) learn the script by hear so that you are fluent enough; and 3) make full use of your eyes, ears, mouth, mind and hands,” observed Sariang. Working for the information, culture and tourism department of Luang Prabang in north Laos, Sombun Aekvduangchid accompanied the Lao projectionists to diverse places, and he has watched around 10 Chinese movies with Lao voices.

“The Chinese film Hello Mr. Billionaire is inspiring in that the hero had no dream at first but his kindness and perseverance allowed him to succeed and win big fortune,” said Sombun.