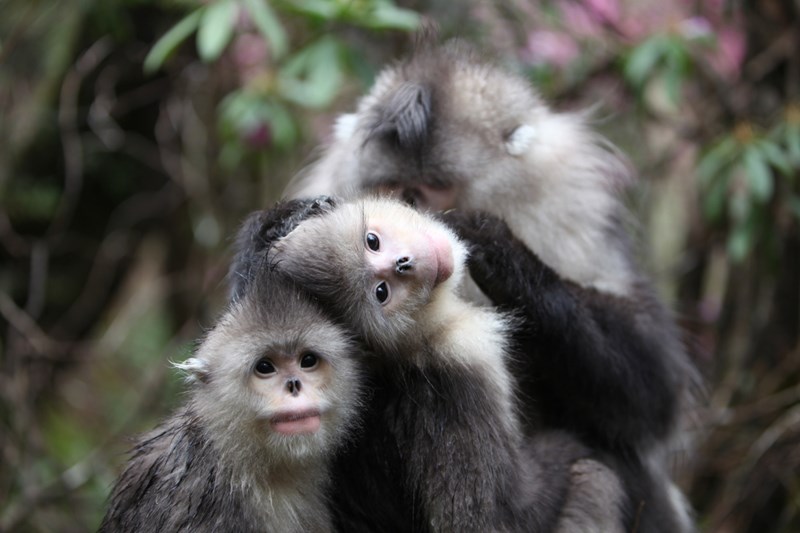 Yunnan snub-nosed monkeys cling to each other at the Baima Snow Mountain Nature Reserve. (Xiao Lin/ for China Daily)

Han spoke on Monday in an address made via video link at the One Planet Summit, hosted by France and backed by the UN and the World Bank.

The summit was held as preparations are made for the 15th meeting of the Conference of the Parties to the Convention on Biological Diversity, which will be held this year in Kunming, Yunnan's provincial capital.

The conference, which is held every two years, is tasked this year with formulating the post-2020 biodiversity framework and mapping out a blueprint for biodiversity protection in the next decade.

The conference originally was scheduled for October but was postponed due to the COVID-19 pandemic.

"All parties should work together and act quickly to ensure that the conference achieves positive results," Han said, adding that all parties should strengthen communication, meet each other halfway and jointly promote the framework negotiation process.

Stressing an ambitious but also balanced and realistic post-2020 biodiversity framework, he called on parties to study and formulate post-2020 targets for action in a scientific manner to ensure they are rational and enforceable.

Han said the parties should effectively enhance the capabilities of developing countries to implement the measures.

He also spoke of the remarkable achievements that China has made in environmental protection.

China has drawn red lines for ecological protection that cannot be crossed, set up a national park system and implemented major projects for biodiversity protection, he said.

He said the country will continue to improve environmental quality and build a beautiful China in accordance with the requirements of high-quality development.

China initiated the Belt and Road Initiative International Green Development Coalition and has carried out exchange programs on environmental protection with more than 100 nations, he continued.

"With a large number of cooperation projects on biodiversity protection, it has provided assistance to the best of its ability to other developing countries," he said.

The One Planet Summit, started in 2017, focuses on global climate issues and environmental governance.