The China-Laos Railway, an important part of the trans-Asian railway network, is going to open on December 2 after 11 years’ construction. It will greatly boost the economic connection between regions and countries alongside the railway, including that between China and Laos in the coming years.

These days, the Kunming pivotal rail container terminal of China United International Rail Containers Co., Limited (CUIRC) is quite busy for the imminent opening of the China-Laos railway. The terminal is the starting point of the China-Laos Railway international freight services that will further connect China and the countries in South Asia and Southeast Asia. It is also the only first-level logistics terminal of Yunnan province.

The railway passes through the Chinese localities of Kunming, Yuxi, Pu'er, Jinghong and the Mohan border gate; and then it has the Lao stations of Boten, Mengsai, Luang Prabang and Vang Vieng before reaching the capital city of Vientiane. The line is a part of the trans-Asian railway network and a major infrastructure for the interconnection between China and neighboring countries.

With a designed speed of 160 kilometers per hour, the China-Laos railway further link up the new land-sea corridor in western China, the Bangladesh-China-India-Myanmar economic corridor, and the Chengdu-Chongqing economic circle. 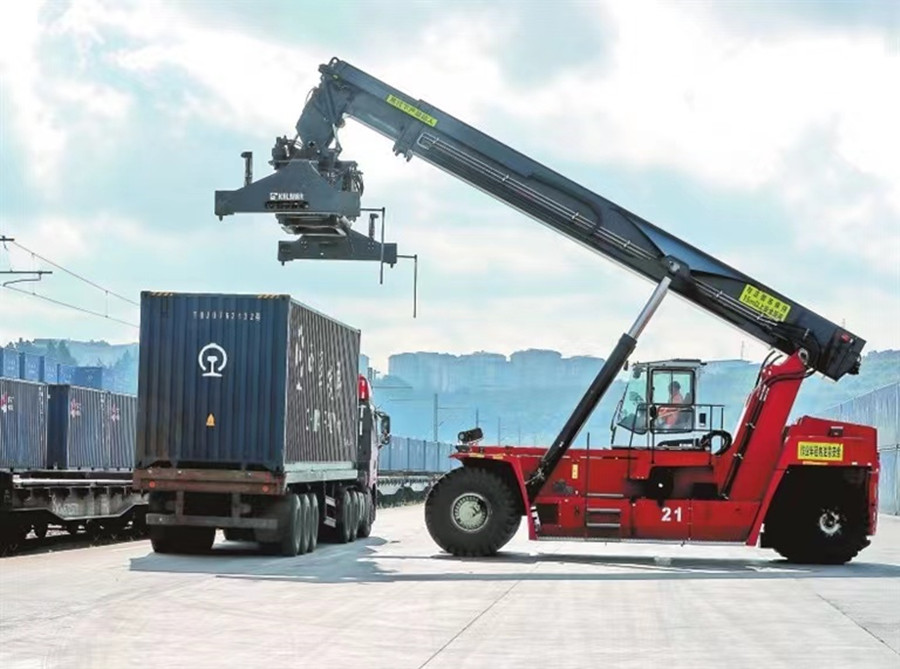 The railway will greatly cut the transportation costs, which will be beneficial to the cross-border trade and investment. Besides, it will bring more opportunities to the industries and promote the development of market in South Asia and Southeast Asia.

Laos is a landlocked country, surrounded by mountainous terrain and lacking seaports. The unfavourable location and minimal infrastructure have hampered its economic prospects. When the railway comes into full service, however, the economic landscape of Laos will be improved. As the start of China-Laos international freight services, the Kunming terminal is gearing up for the opening of the China-Laos Railway.

The China-Laos Railway will also stimulate industrial restructuring and incremental market development in Yunnan. For example, Yuxi city in central Yunnan has set up two new freight train stations for its cross-border trade, and the Yuanjiang county will build up an agro-park for growing tropical fruits near the railway.

Yunnan Tianchi Logistics Company specializes in producing fertilizers and raw materials. Undertaking the logistics regarding exports to Laos, the company plans to share its modern agro-technology with peers in Laos and Thailand in growing corn and rice, which will be sold to the Chinese market via China-Laos railway.