Order and harmony echoed in rites and music 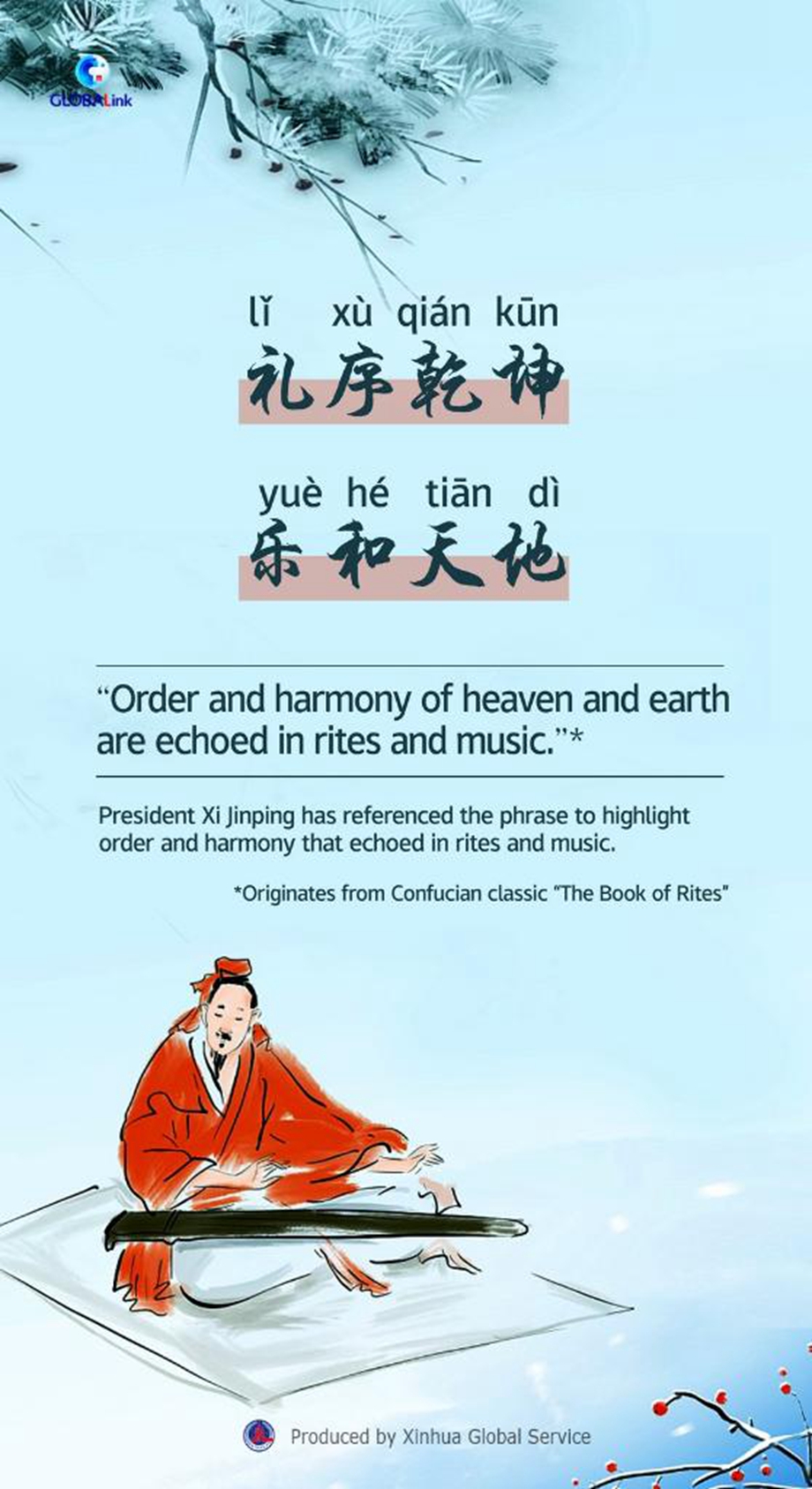 The culture of rites and music, a vital constituent of the Chinese civilization, has played an irreplaceable role in constructing a harmonious and orderly society through the ages.

As outlined in the Confucian classic "The Book of Rites," which dates back some 2,000 years, music is an echo of the harmony between heaven and earth; rites or ceremonies reflect the orderly distinctions in the operations of heaven and earth.

Earlier this year, President Xi Jinping, also general secretary of the Communist Party of China Central Committee and chairman of the Central Military Commission, referenced the phrase in appreciation of the grand ceremony marking the centenary of the Party in July 2021, saying that the order and harmony of heaven and earth are echoed in rites and music.

The magnificent event has brought the whole Party and society together as a mighty force to make new achievements in the new era, Xi noted.

Outside ceremonies, rites and music also bear profound implications. As Confucius has it, the harmony and stability of a state hinge on its conformity with rites and music.

Valuing etiquette, order and harmony is a long-cherished tradition in China's state governance and has exerted huge influence on the ethos of the nation.

In the new era, Xi has stressed the balance of order and vitality in a modern society. Harmony features in both core socialist values and the country's goal of building a great modern socialist country by the mid-21st century.

The Party leadership has stressed building a social governance model based on collaboration, participation and common interests, strengthening the social governance at the primary level, and improving mechanisms to resolve social tensions.

"Only when the state is secure and society is stable can we move forward reform and development," Xi has said. ■