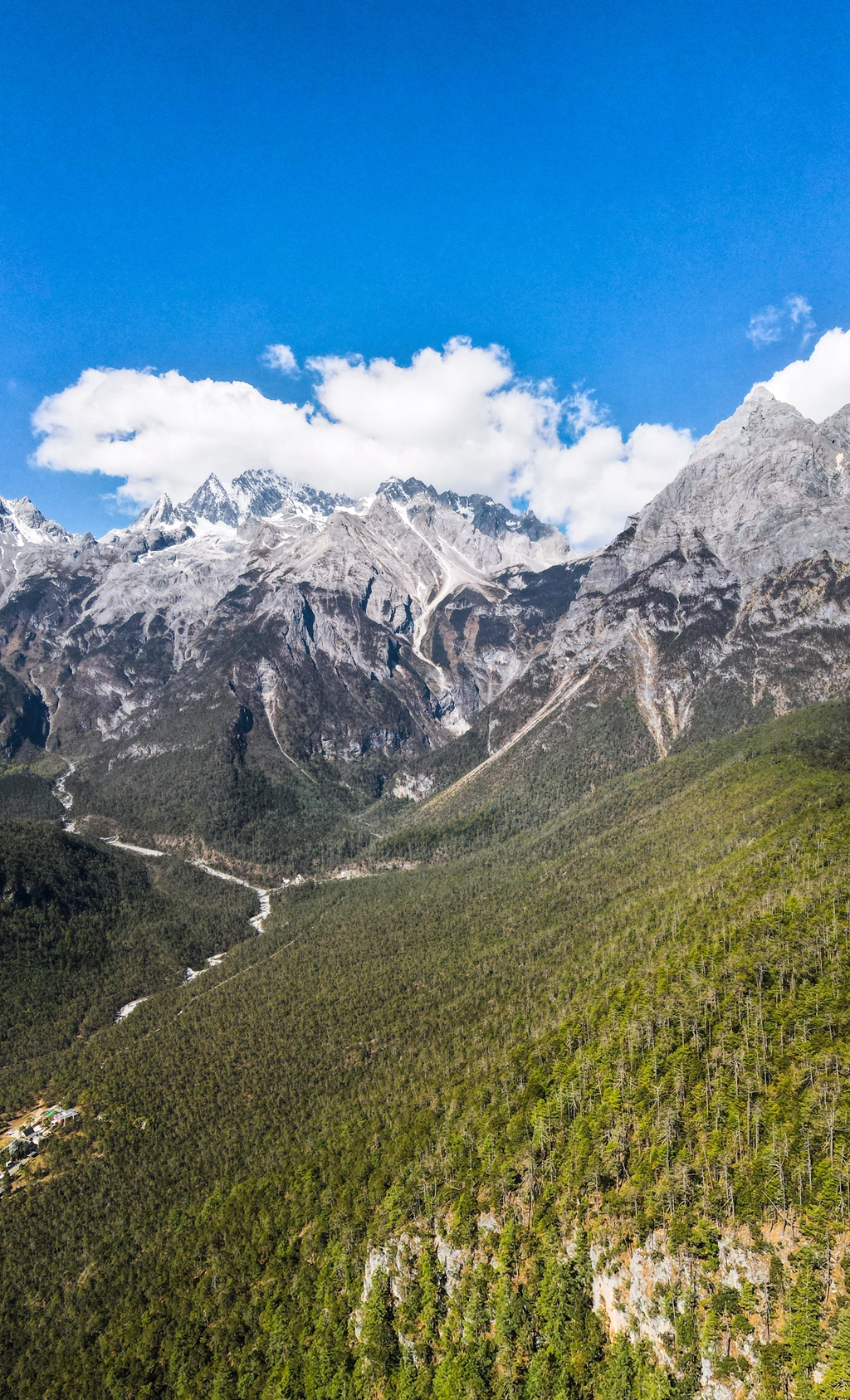 Around 15 km north from the downtown Lijiang, the snow mountain is the one closest to the equator in the Northern Hemisphere. It is so called because its 13 peaks that form a dragon-like pattern.