A cricket club made up of expats in Yunnan

Cricket is a new sport for a lot of Chinese people. Originating in the UK, however, it is a game that boasts a history of hundreds of years. Surprisingly, there is a cricket club in Yunnan which is set up by a group of expats. They bond with each other by cricket and sweat, unwinding from workday and sharing the common joy. 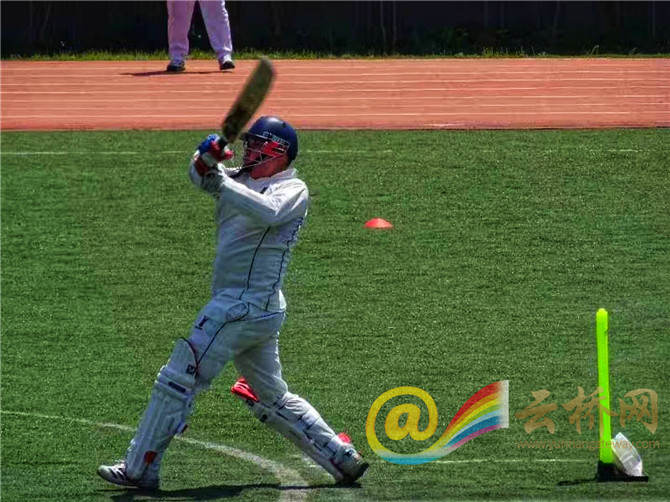 Yunnan Cricket Club was founded by Luan and his friends two years ago. Currently, there are 65 members, most of whom are from Pakistan. Seven are Bangladeshis, and a very few from India, England, South Africa, and West Indies. They mainly came to Yunnan for further education. 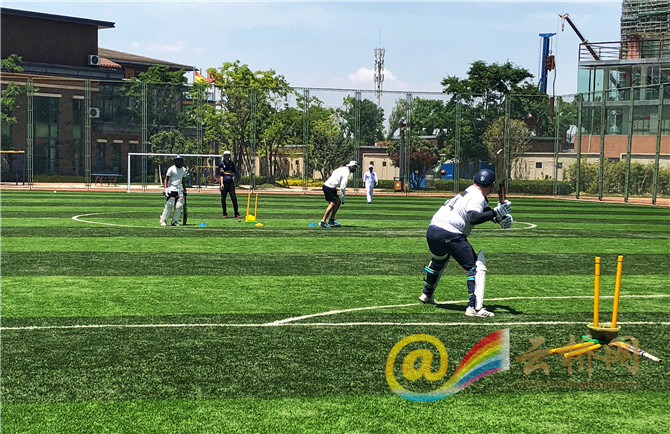 Luan said that comparing with cricket clubs in Beijing, Shanghai and Hong Kong, the Yunnan cricket club is relatively lagging behind, both in speed and scale. Fortunately, members in the club are younger and more talented.

He also told us that there are a lot of ace cricket players in small countries in Central, South and Southeast Asia. As Yunnan is close to these regions, more people will come to the province to join the club.

Foreigners in Yunnan are kind of like a family, and the Yunnan expats are different those in other Chinese provinces, Luan said. Luan married a Yunnan woman a few years ago, and that’s also a reason for him to settle down here. Many expats just travel or live in China temporarily.

“People can’t play cricket in winter or rainy days, but thanks to the fine climate, you can play in Yunnan all year round,” Luan said. They are planning to play with local teams in Malaysia and Nepal in the coming future.

Taking off the glasses and the white gown, Saadiq, captain of the cricket team throws himself into the green field on every Sunday. Saadiq is the youngest member in the team doing his MBBS (Bachelor of Medicine & Bachelor of Surgery) degree at Kunming Medical University in his final year.

Saadiq told us that the official Cricket training of Yunnan Cricket Club takes place on every Sunday starting from 11 am until 4 pm. Players are very dedicated towards cricket and are very serious when it comes to competition. The team is still new and young and the players are putting in much effort and gaining good experience by matching against the big cricket clubs in China. 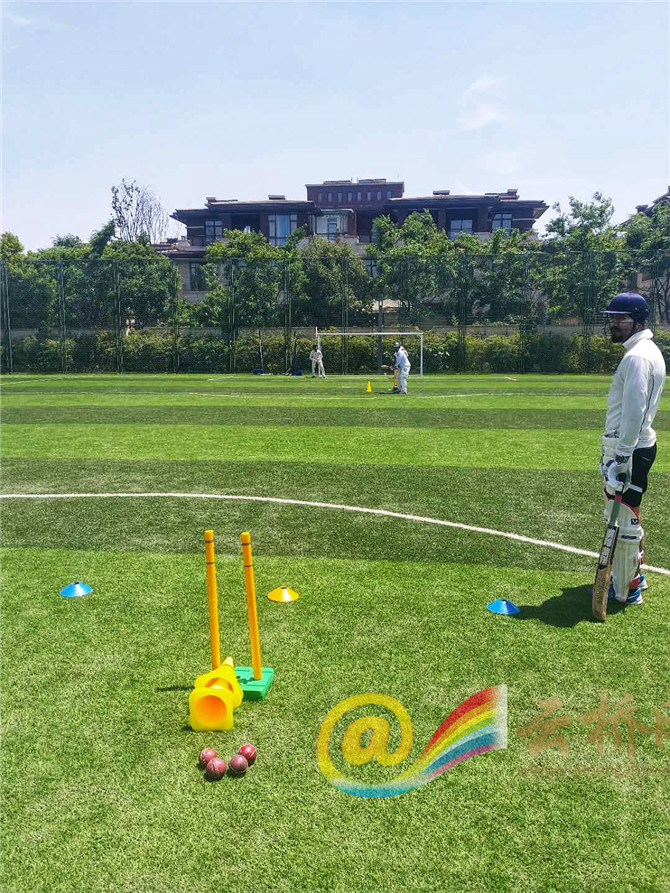 For cricket fans, cricket is a sport about grace, confidence and courage. It can also strengthen people’s persistence, concentration and social skills. People of all ages are suitable for the game. Children now play online games too often, so sports like cricket is helpful for their growing. “It doesn’t matter what size you are or whether you can hit the ball, but wielding the bat or making friends with others are good for kids in experiencing the sport,” Luan said.

The future of Yunnan Cricket Club is bright. With more players are joining now and then, the club is expanding. The club now is searching for cooperative partners to enhance influence and popularity. As a new sport for Chinese, Luan and Saadiq are trying to draw more fans into the game.

Reporting and translating by John Li