The millionaire and his Yunnan Opera dream

Only on the verge of death, can you come to cherish life.

Having suffered bitterly, you’ll see real life and calm down.

For today's story, the hero is Zhang Xiong, whose official name on Weibo is “curator of the Yunnan Opera and Festival Lantern Studio in Kunming”. 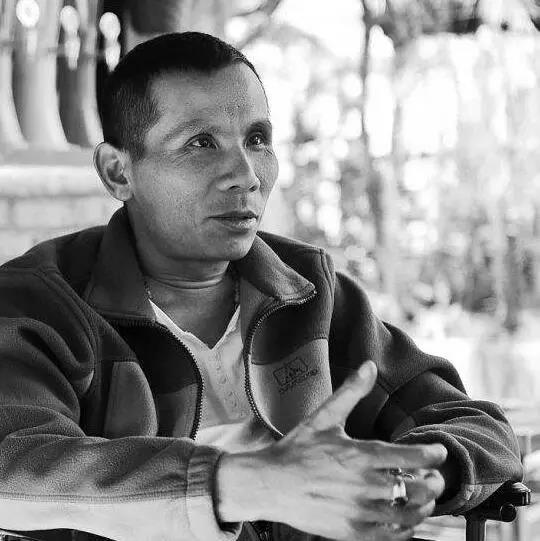 It was raining that day. Zhang Xiong sat on a wheelchair at the Generals’ Residence built in 1930. In plain but tidy clothes, he has a thin face and a deep look in the eyes.

The old house is his favorite place for leisure. Zhang Xiong was drinking tea, admiring the yard decorations.

Leisure time of Zhang Xiong in the studio

Seeing us, Zhang Xiong slowly moved the wheels for a chat.

Zhang Xiong shared us an old photo on his phone. It was taken in the late 1980s. Back then, he was young, keeping a Beatles hairstyle trendy in Hong Kong and Taiwan.

In 1969, Zhang Xiong was born in a Kunming family known for their Yunnan Opera tradition. At 10, he entered the Yunnan Literature and Art School for the opera.

It was really hard to learn Yunnan Opera, so he gave up the art in 1985, one year before graduation. And he followed his friends to the business world.

Zhang Xiong became one of the few millionaires in Kunming in the 1990s, when local salaries average around 1,000 yuan.

“I took Hongtashan, the best cigarette. In 1989, I also spent 6,000 yuan on a first-rate motorcycle.” In recalling, Zhang smiled.

Zhang’s business forced him to work from 6 pm to 8 am, and he neither slept well in the day nor got enough exposure to sunshine. His health condition deteriorated sharply.

“Probably in 1999, I noticed something was wrong for I got tired easily.” But Zhang did not take it seriously.

Zhang was severely paralyzed in 2003 and a slight move would cause bitter pain in him. Later, he couldn’t fight a fly on his face, nor could he eat properly without oxygen.

The doctors failed him repeatedly because the cause of his illness could not be identified. Exhausted, Zhang wanted to leave the world. 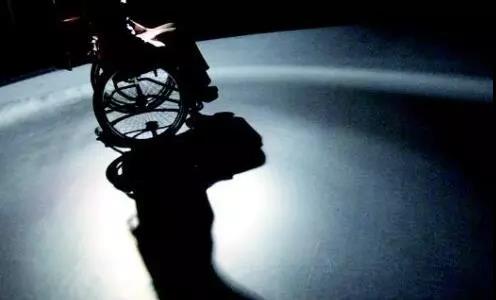 His family rushed in and put out the fire. Zhang was rescued. The wife cried, the daughter cried, and he cried.

On that day, Zhang came to realize suicide will sadden his family, while dwarfing him in dignity.

Zhang Xiong is in plain but tidy clothes

“Zhang decided to go on living...”

Two years later, the disease was finally identified. It was the rare osteomalacia, the typophosphatemic vitamin D-resistant osteomalacia.

Targeted treatment gradually improved Zhang's condition. Now he is able to raise his hand to feed himself and move in a wheelchair, which used to be his dream.

“Having been on the verge of death, I begin to yearn for a state of calmness.”

Zhang handed his seafood business over to others, focusing less on money and staying more with family.

With the family, Zhang also picked up the Yunnan Opera art.

At a class-reunion in 2010, Zhang found out few still stick to the Yunnan art among his 78 classmates.

Everyone sighing over the fall of Yunnan Opera, Zhang Xiong suggested, “I could afford a venue for the weekend party if you still want to sing it.”

Entering the Guandu Ancient Town in Kunming and turning right, you can see Zhang’s Yunnan Opera studio, with red lanterns hanging on the eaves. Now it is a protector for Yunnan intangible heritage, home to a Yunnan Opera troupe, and a practical base for university arts majors.

At 2:00 pm from Wednesdays to Sundays, gongs and drums would ring, drawing in crowds of seniors, who either listen or nap on the benches.

At this, Zhang felt the bliss. “Pastime should be like this,” he said.

Leisure time of Zhang Xiong in the studio

Zhang did not expect the sum to invest. He has spent nearly 3 million yuan in the years, but there isn’t much in return.

However, Zhang sticks to it. “The Yunnan Opera studio is essential to me, second only to my family.” He would say.