Topography in Yunnan features plateaus, rushing rivers, high mountains, and deep valleys. To scale the peaks, the industrious folks in Yunnan have blazed winding road sections on the perilous mountains.

The 68-turn road section at Jinganshao, central Yunnan’s Yiliang County, extends 6.3 kilometers in total, with the highest density of 42 turns in a matter of 3 km. The road section was built on a mountain ridge, dubbed as the “road with most turns in the world”.

Known as the “18 turns for devils”, the Lining zigzag road section is the only access from Lijiang to the Lugu Lake in northwest Yunnan. The section passes through the Jinsha River Grand Canyon and it has a fall of over 1,000 meters. The road snakes along the cliffs near the Jinsha River, forming a spectacular sight.

The Yongshan winding road section is located in Daxing Town of Yongshan County in northeast Yunnan. It poses challenge to drivers, but the roaring Jinsha River below and the chirping birds can be entertaining. 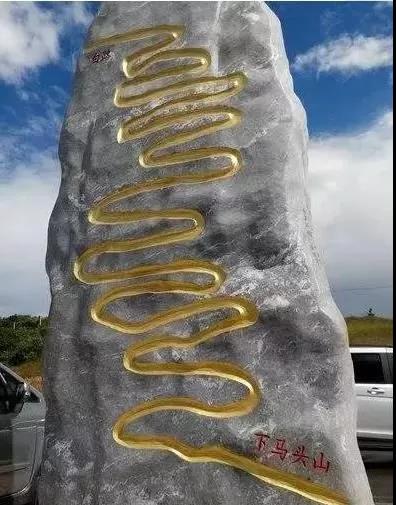 With a mileage of 11 kilometers, the Matoushan winding section is part of the 108 national highway from Yuanmou to Kunming, Yunnan province. The road is built along the Matou Mountain. Seen from the mountain top, the road looks like a jade belt.

The Balagezong winding road was actually carved out of the cliffs, and it took locals 8 years to finish building the road. With criss-crossing canyons, the Balagezong scenic area is located in Shangri-La, northwest Yunnan. The area was once cut off from the outside world by high mountains, including the Gezong 5545-m snow peak. It is the highest in Shangri-La. 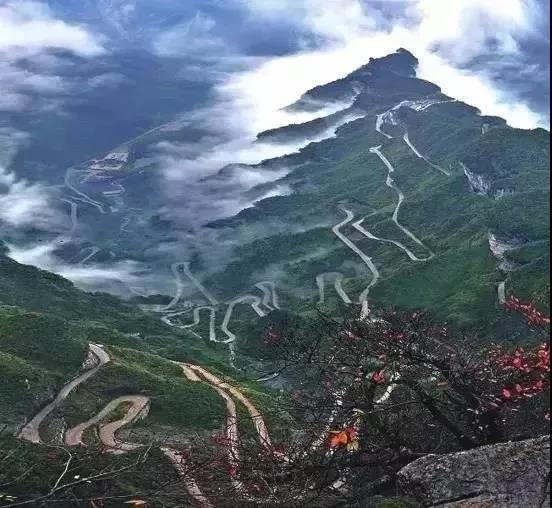 The former Yunnan-Myanmar road was built by 150,000 workers within nine months in 1938 amid China’s war efforts against Japanese aggression. This winding road section here has 24 turns along mountain ridges, and it is often covered with thin fog, with singing birds and worms on either side.

Despite the twists and turns, the zigzag road sections in Yunnan do form a visual feast for visitors.