Located in Nuogu Township, northwest Yunnan’s Huize County, the Baiwu Village is 30 kilometers away from the county government seat. In 2015, Baiwu was inscribed into the list of National Famous Historical and Cultural Villages of China for its long history and profound culture. 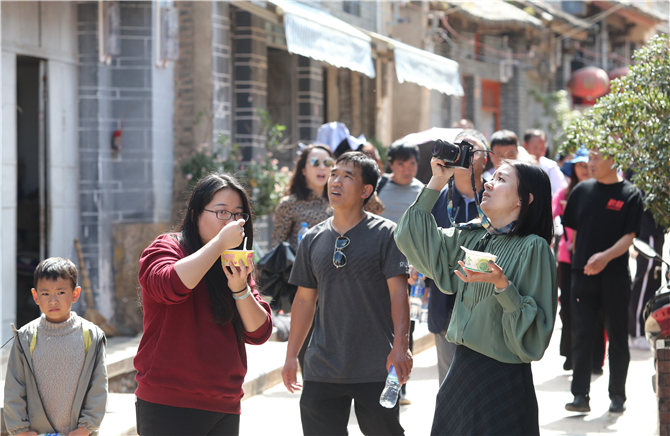 Baiwu rose to its prosperity in the Qing Dynasty(1644-1912) when it became an important hub for copper business. At that time, Huize was a main production base of copper around China.

Governments and businesses set their permanent branches in Baiwu where they also built more than ten guilt halls, ancestral halls and temples, and more than 150 shops. 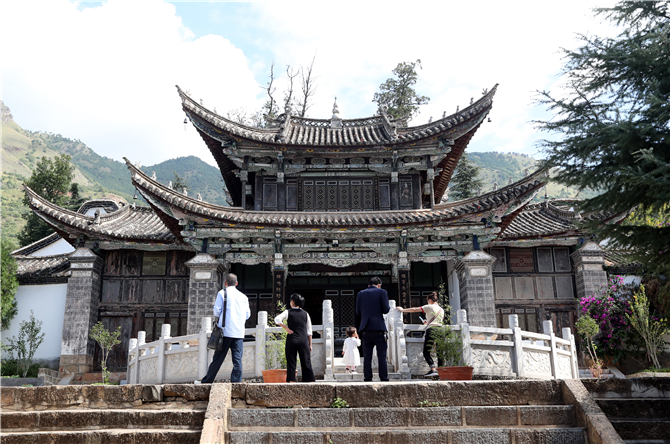 Though several hundred years passed, the ancient style of Baiwu hasn’t changed, especially in its architectures.

Today, more than 3,000 ancient residential houses are well-protected in Baiwu. And the village has become a popular destination for tourists in Yunnan. (Photo by Yang Zheng)