A glossy ibis was recently spotted by a member of the Yunnan Wild Bird Association in a wetland park near the Dianchi Lake, Kunming City, making a re-appearance three years later. The species was last seen at the lakeside in January 2017, when they showed up in a group of ten. 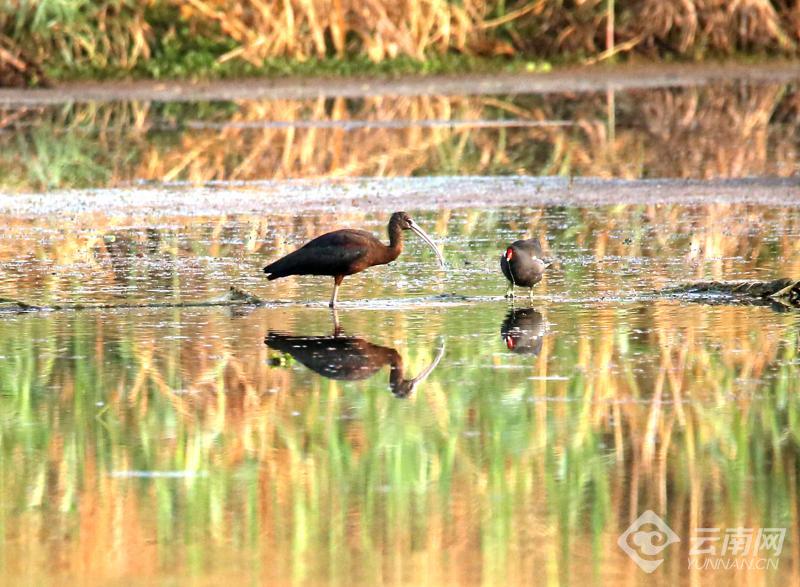 “It made me a bit sad that the bird showed up alone this time,” said the member. Other birds seen in the park include 12 black-winged stilts. They lead a leisure life there.

The glossy ibis is put under level II state protection in China. The Chinese red data book of endangered animals once said the ibis is extinct in the country. In spite of the show-ups, the bird is still outnumbered by its close relative of the crested ibis, which is under level I state protection.

With a long and curved bill, adults of glossy ibises mostly look iridescent green and reddish. The facial skin is surrounded by a very thin white border. With dark eyes, they’re usually found gregarious in salty marshes and shallow wetlands.

And their appearances indicate the eco-environment in the Dianchi lake area has improved in recent years. 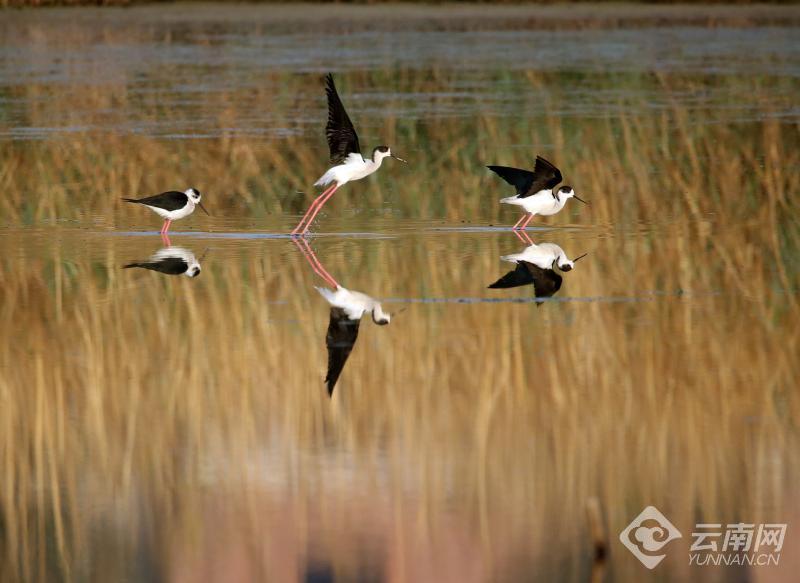