As a township of the Zhuang ethnic customs, Wulong features a developed water system. The rivers of Lamen, Jianglong, Niuwei, Banjiang and Luhou crisscross in the area, and the forest coverage in the township reaches 65%.

"Making use of the Lamen and Jianglong rivers that rush down along the mountain, tourism designers created an 11-cascade waterfall,” said Niu Dianbin, Party chief of Wulong Township.

Niu added that the water-related leisure services will be offered, and the projects of Dieshui Waterfall, Wuluo Lake, Water Park, Water Village, and recreation center will be completed in 2022.

The township boasts mountainous sites for ecotourism. The Junzi/fungus mountain has continuous flower fields, the Nandan mountain is often capped by clouds, and the Fenghuang/phoenix valley enjoys biodiversity.

Wulong embraces the philosophy of ‘lush mountains and lucid waters are invaluable assets’ in developing tourism. "In the coming three years, we’ll endeavor to invite in investment, carry out leisure projects and improve tourist service. We aim to be a distinct tourist town at the provincial level,” said Niu.

In the long run, the township has the potential to be a tourist center in eastern Yunnan province. Niu said the scenic areas of Nandan Mountain, Junzi Mountain and Phoenix Valley will be upgraded to form an integral scenic cluster for visitors.

"The mulberries will soon reach their maturity, and the lemon flowers can be sensed if you’re careful enough,” said Han Xiaochun, an investor in fruit-growing. Han also introduced in a grapefruit from Thailand.

The orchard is a poverty-relief project. Based on the 1.5-million-yuan aid from Shanghai in 2019, Han Xiaochun invested more than 3 million yuan, growing 40 tropical fruit varieties that cover 13 hectares.

The Zhuang culture is inherited by locals, with women turning the Zhuang embroidery into souvenirs.

"A costume shop in Guangxi has just ordered another batch of embroidery worth 6,000 yuan," said Yu Jingfeng, who set up Zhuang embroidery studio to pass down the beautiful craft.

As the Covid-19 is on the wane, the Zhuang ladies are busy again. With an annual sale of 10,000 pieces of the Zhuang brocade, each embroiderer can earn a yearly income of around 20,000 yuan. 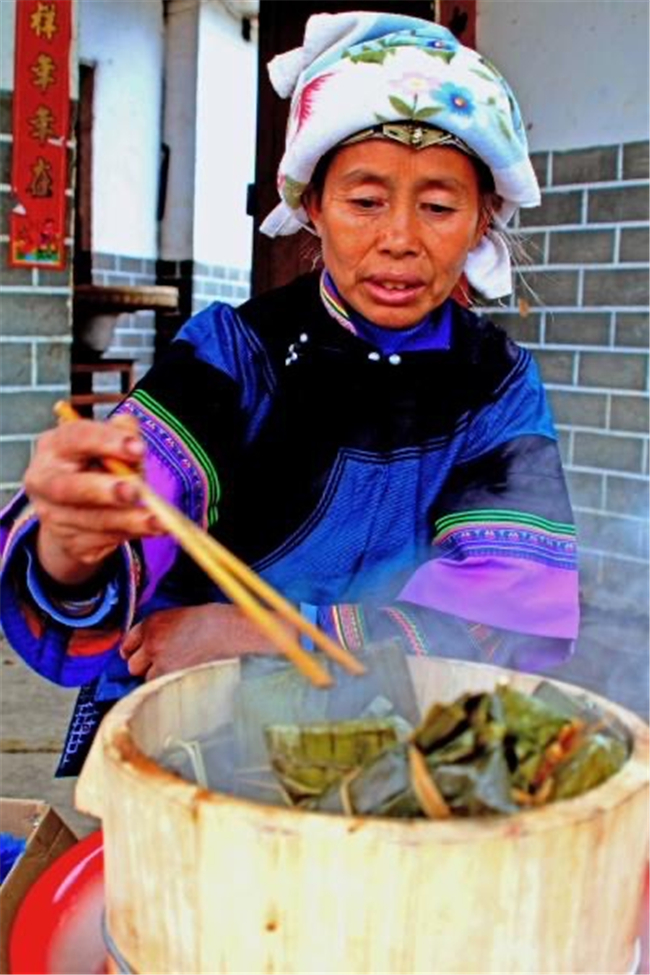 The special dishes in Wulong include colored rice, grilled beef and smashed fish. In recent years, a Zhaung cultural festival has been held in the township.

Falling on the third day of the third month on Chinese lunar calendar, the annual event draws in tourists from Wenshan, Guangxi and Guizhou. As a result, some villagers began to run holiday inns. 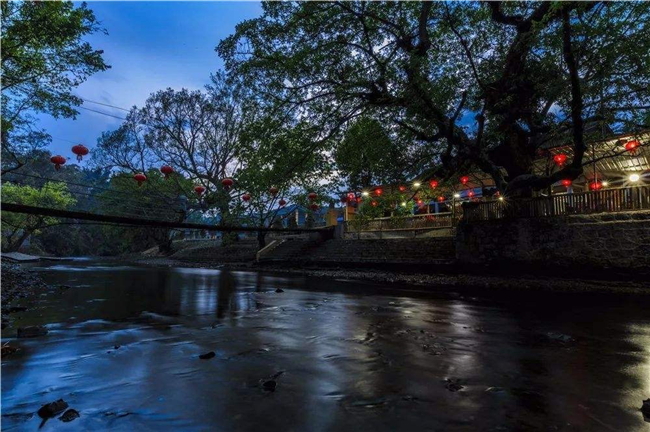