Qi Jiazhu, general manager of Green Silver Biological Company based in southwest Yunnan’s Pu'er city, coined the term “guoniu”, or "home-grown avocado" to show his fondness to the economical fruit.

Avocados have been grown in Qi's hometown -- Menglian Dai, Lahu and Wa Autonomous county in Pu'er -- for years. In December last year, Menglian joined hands with Hema Fresh in promoting the green berry.

Now the Menglian avocado is dominating the Chinese market, and grocery owners in Beijing, Shanghai, Guangzhou and other cities import much fewer avocados from the international market. Consumers in the megacities have seen Menglian avocado as a name card of Yunnan fruits.

Qi Jiazhu first got to know the avocado 35 years ago, when he was on a business trip in the US. “The nourishing avocados are favored as a super fruit among Americans,” Qi was told. There and then, he decided to introduce the fruit into his hometown.

In 2007, Qi and like-minded enthusiasts began trying to grow the avocado trees in diverse localities across China, and they finally identified Menglian as an ideal place for the fruit, given its location of near N. latitude 22°and an average temperature of 19.6℃ each year. 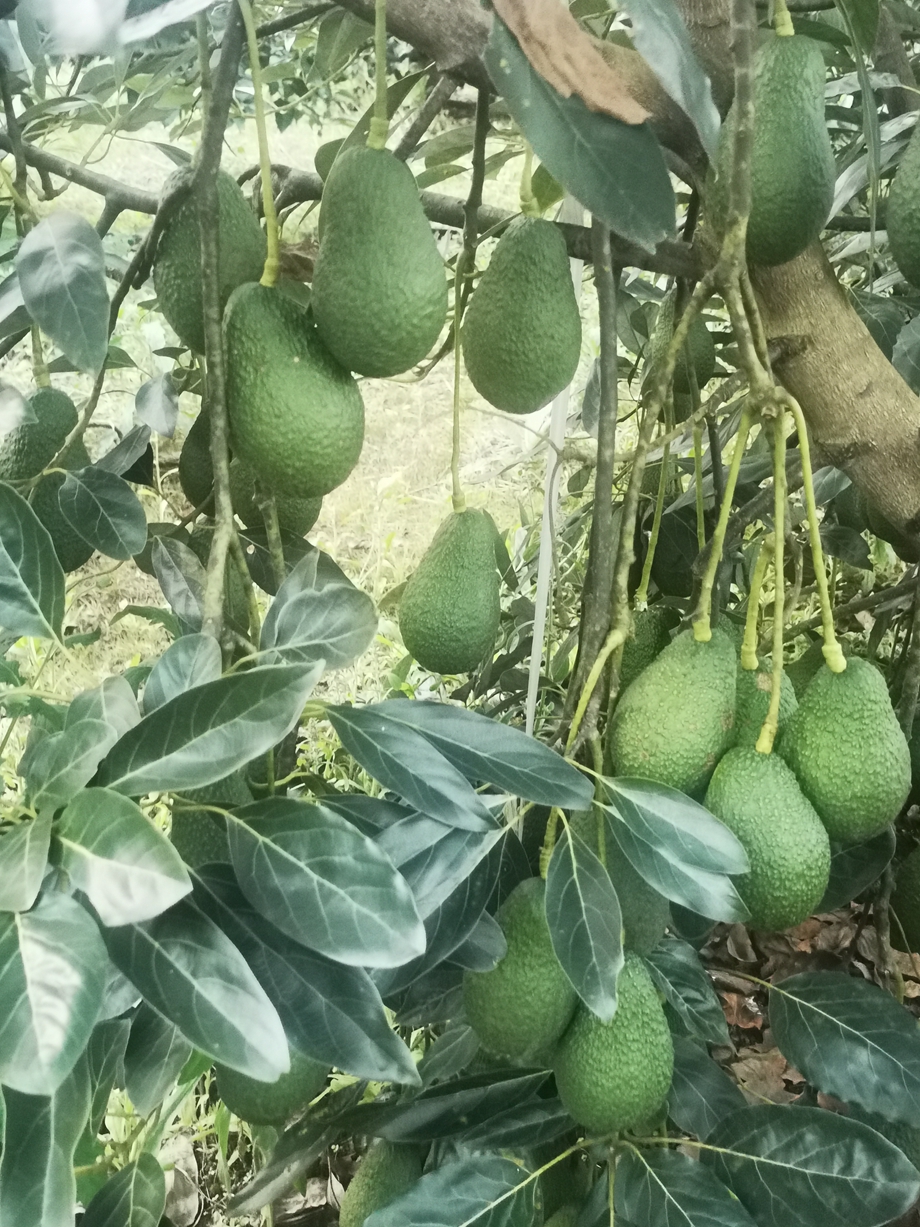 Having picked up the growing area, Qi' invited in avocado specialists from Israel and the US, kicking off the trial breeding and cultivation projects. In the ensuing eight years, they selected 12 varieties from 100 plus candidates.

The chosen avocados reached their maturity in seasons, meeting the demands of consumers from month to month.“Yunnan is destined to be home to avocado, producing varied fruits with high quality,” said Qi.

In 2015, Green Silver Company began to plant Menglian avocado in bulk, making a hit among consumers. "Starting in 2018, we sold our fruits either on line or in stores, and there’s supply shortage at times,” said Qi.

Qi added that to meet the full demands of consumers, the company has opened pilot planting areas in more Yunnan places of Xishuangbanna, Xinping, Ruili and Baoshan. 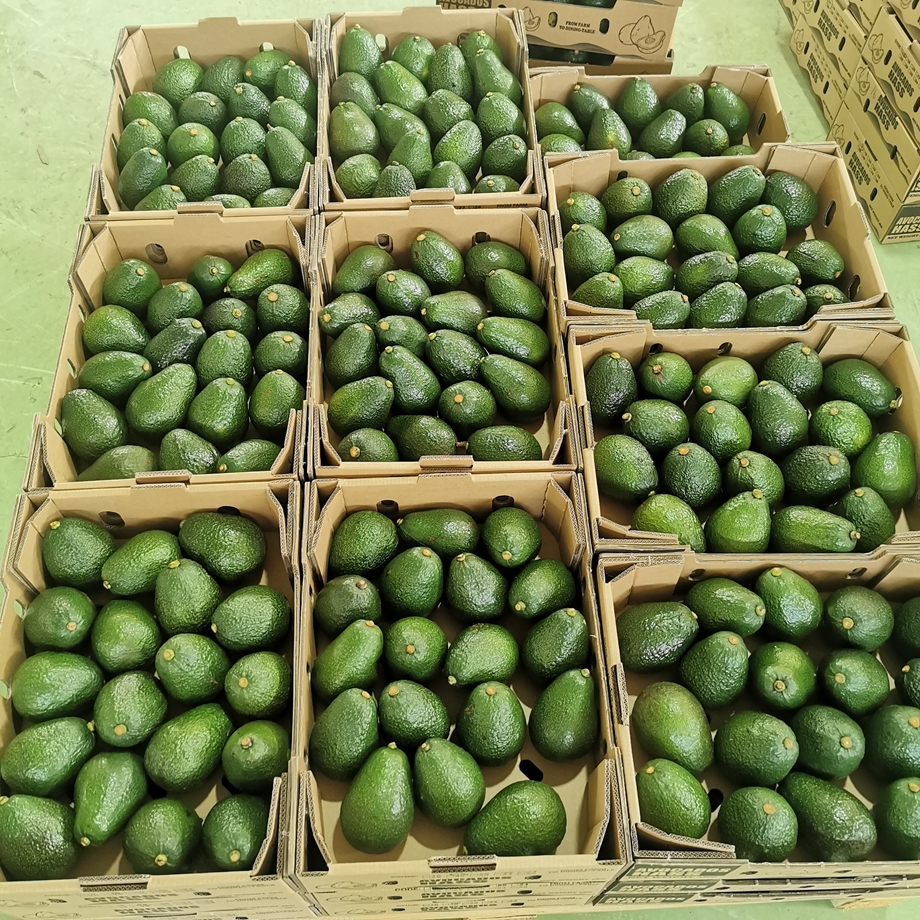 How to market Yunnan avocados

Starting in 2005, most avocados on the Chinese dinner tables are imported from Mexico, Peru, Chile, New Zealand and others, so it’s not easy for the Menglian avocados to be recognized by the consumers.

Having learned to breed and grow quality avocados in Yunnan, Qi began thinking about how to market the fruit across the nation with innovation. And his solution was to join hands with the Hema Fresh supermarket in rolling out the boxed instant Menglian avocado.

“As a specialty in our market, the instant avocado is time-saving and brings convenience to diners,” said Xu Caiyi, head of Hema Fruit Purchases. “However, the ready-to-eat avocado needs refined production and marketing, and Hema Fresh did well in targeted marketing based on its consumer data.”

It uses to take at least one month for avocados to reach China from south American countries via sea routes, but now the Yunnan avocados can reach nationwide dinner tables within 72 hours, making the fruit much fresher and richer in dry matter. 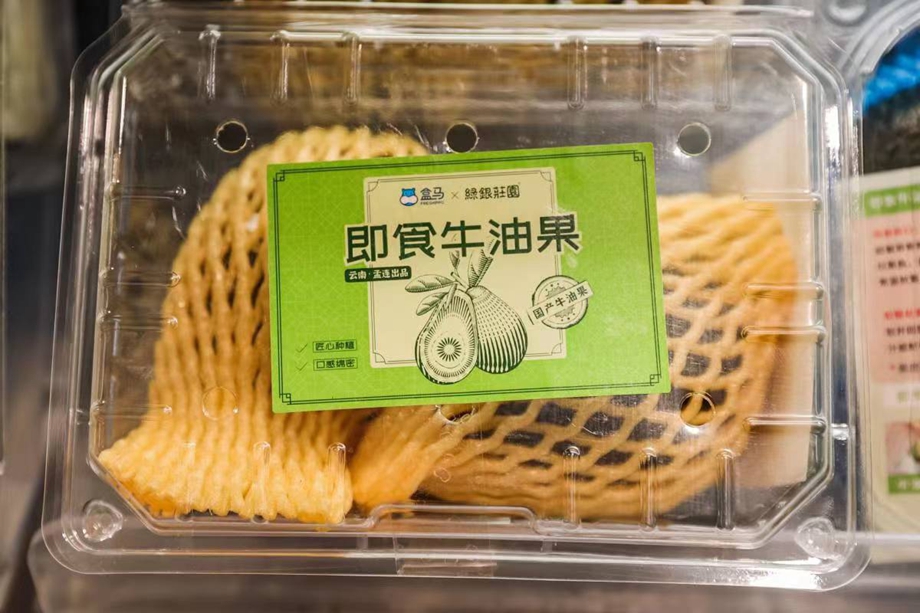 What’s more, quality of the boxed Menglian avocado proved to be great. In a poll, diners were asked to taste avocado varieties without labels, and 14 of the 20 participants chose Menglian avocado as their favorite.

"Since its inception, the Menglian avocado has made a hit in the domestic market for its quality, with monthly sales on the rise." Xu said the Covid pandemic also contributed the popularity of Menglian avocados among Chinese consumers.

"We only sell the Menglian avocados twice as big as the imported ones.” Xu added they first designed a special seasoning bag (mustard plus soy sauce) for the boxed avocado, but the mustard has been replaced with the Yunnan-featured wasabi sauce earlier this year.

Besides Yunnan, the Chinese provinces of Hainan, Guangdong and Guangxi also began to grow the avocado fruit. Xu expected that home-grown avocados could dominate the Chinese market in the near future.