Beijing's outbreak controlled in the main 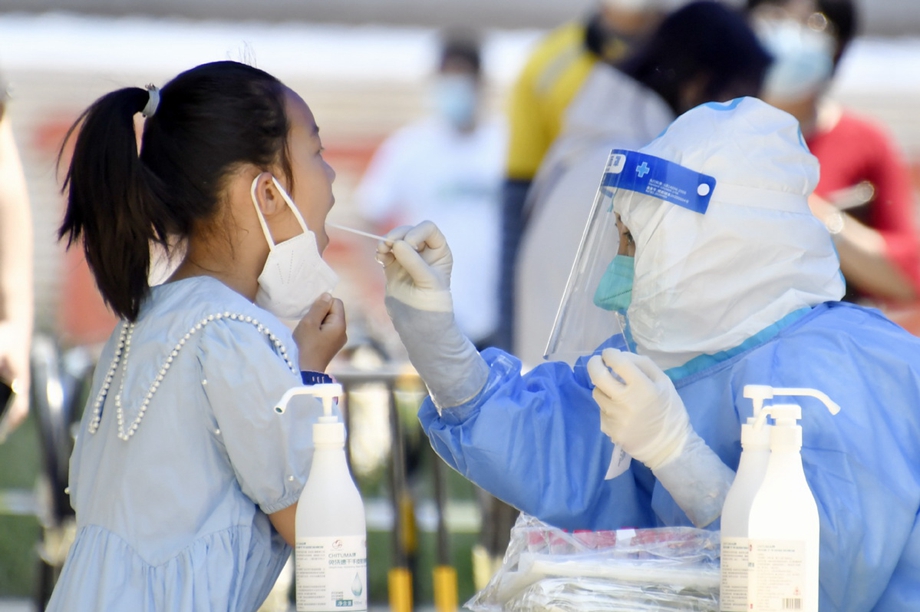 A medic takes a swab sample from a resident for nucleic acid test at a community in Chaoyang district of Beijing, on May 16, 2022. [Photo/Xinhua]

Most COVID-19 transmission chains reported at the early stage of the ongoing outbreak in Beijing have been cut and the number of infection clusters in the city is declining, a senior official said at a news conference on Wednesday afternoon.

"Beijing's epidemic situation is controllable overall and the city will realize the target of dynamic zero-COVID in a short period of time," said Zhong Dongbo, deputy head of the Beijing Health Commission.

The number of transmission chains and infection clusters has dropped from around 17 at the peak to three in recent days, according to Zhong.

"The new cases were mainly found in controlled zones and quarantine locations," he said.

He explained the challenges Beijing has been facing to fight against the virus spreading and keep up normal economic operations at the same time.

According to Zhong, among the 1,642 cases during the latest outbreak by 3 pm on Wednesday afternoon, four districts - Chaoyang, Fangshan, Fengtai and Haidian, have accounted for 85 percent of the total.

"After various measures the city has taken, the virus spreading has been effectively contained," he said. "Several major clusters reported previously are now under control."