ASGHAR MUHAMMAD, a reporter with the Associated Press of Pakistan, recently visited the China Southern Power Grid Yunnan International Company and here is the report by him: 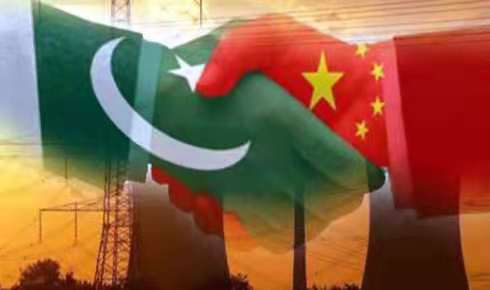 There are good examples for the cooperation in power sector mostly in power plants under CPEC flagship project.

“For us, if we have opportunity to participate in the cooperation in power grid and power infrastructure development in Pakistan, we will be very pleased and we will do our best to cooperate if there is any opportunity in the future,” he said while talking to APP.

He said, some other Chinese companies have done well for the power plant and power sources development and cooperation in foreign countries and his company is focusing on power grid development in South China and has also cooperation in neighbouring countries.

Zhang Yunhu informed that his company is the subsidiary of China Southern Power Grid Co., Ltd. (CSG) and serves as its platform to carry out international power cooperation in South Asia and Southeast Asia.

He said, since the beginning of grid interconnection and international power trade in 2004, the electricity volume traded by CSG and its cross-border counterparts has exceeded 66TWh.

Besides the win-win international cooperation, CSG has carried out extensive cultural exchanges to promote people to people bond. As for technical support for Mekong countries, it has conducted technical training for local staff, co-held power technology seminars and offered scholarships for students to study in China.

Since the outbreak of Covid-19, it launched a series of measures to ensure safe and reliable power supply and orderly work resumption, managing to maintain its major production and services during the pandemic.

The company also donated to the medical institutions in Wuhan 125,000 pieces of medical materials, which were purchased from domestic and overseas supplies with a total worth of RMB 6.73 million.