A superfast maglev train capable of running 600 kilometers per hour rolled off the production line on Tuesday in Qingdao, Shandong Province. 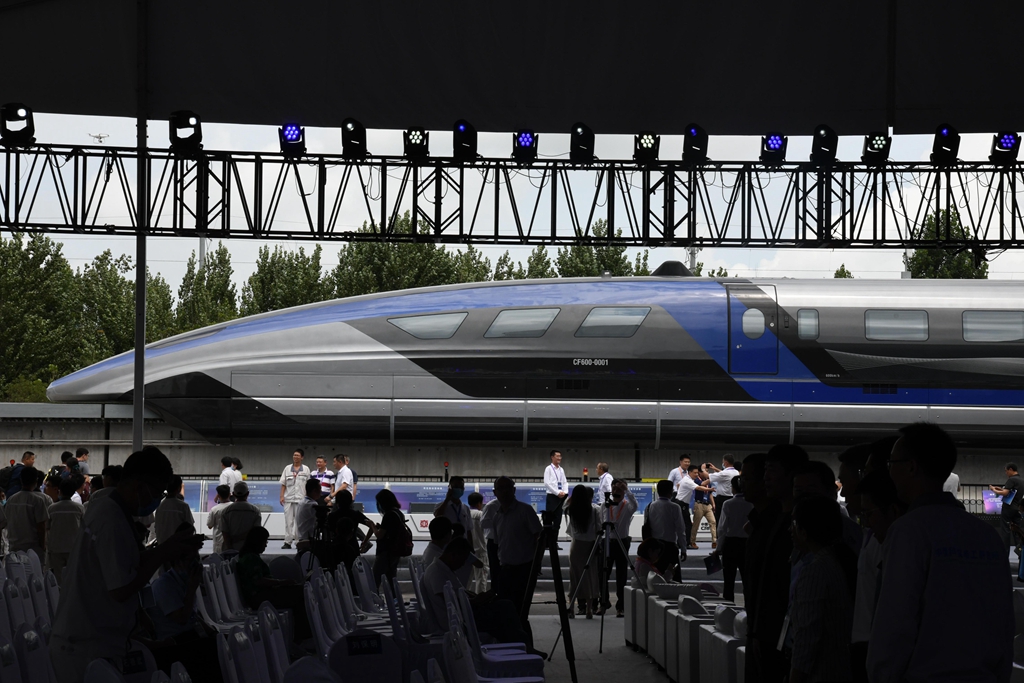 A high-speed train can typically run at a maximum 350 km/h, while an airplane's speed ranges from 800 to 900 km/h, therefore, 600 km/h maglev trains can fill the gap, said CRRC Qingdao.

However, there is no rail track for the 600 km/h maglev train currently in China.

It is expected to take five to 10 years to put the train into service, said Liang Jianying, deputy general manager and chief engineer of CRRC Qingdao.