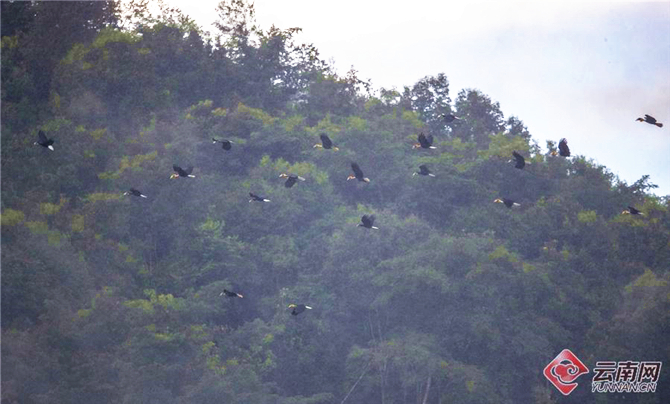 About 100 hornbills were spotted in southwest China's Yunnan Province – the first time such a large flock has been seen.

In Tongbiguan Natural Reserve, researchers saw at least 99 hornbills together when they were conducting surveys in the area. 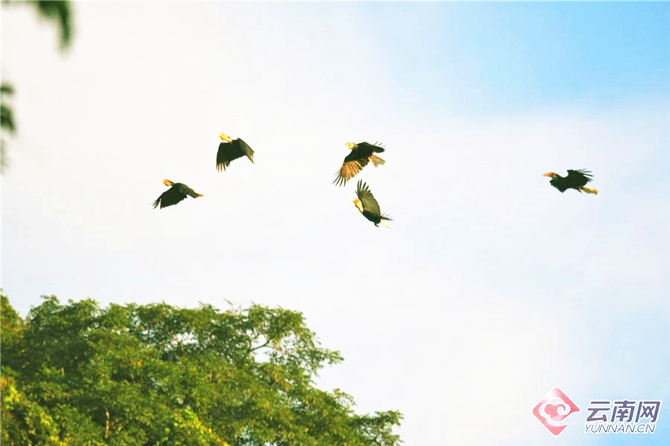 The bird earned its name from its yellow and black casque on top of its large bill and is a rare species of bird under national second-class protection in China.

Its population is mainly distributed in rainforests in Africa and South Asia. Only a small number of them reside in south and southwest China.